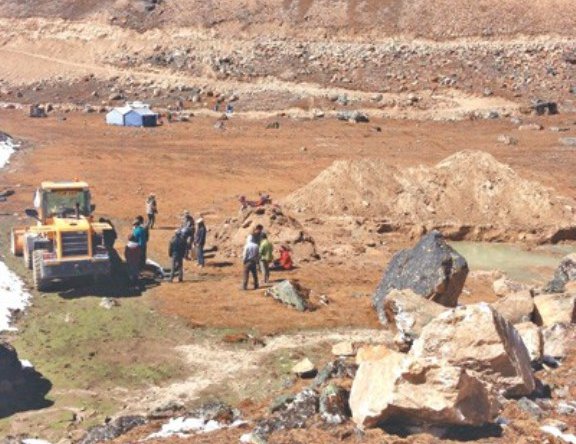 After the shutdown of the Kimathanka checkpoint on the Nepal-China border is eastern Nepal, people in the remote north-eastern part of Nepal have been facing a major food crisis.

The Kimathangka border crossing, which was closed after the outbreak of the COVID-19 pandemic, has not been reopened yet. People of Bhotkhola are facing a problem in running daily life due to the closure of the checkpoint.

People in Kimathangka, Chyamtang and Hungung of Bhotkhola Rural Municipality Ward Nos. 1, 2 and 3 have been facing problems due to the closure of the checkpoint for a long time.

Chief District Officer Noor Hari Khatiwada said that a letter had been sent to the Ministry of Home Affairs five months ago asking to open the Kimathangka checkpoint.

As the Ministry of Foreign Affairs, Ministry of Finance and Ministry of Industry and Commerce will also have a role to play in opening the border checkpoint, a letter has been sent to draw the attention of those ministries, said Khatiwada. Kimathangka is at a distance of 162 km away from the district headquarters Khandbari.

Though the transportation from Barna Dobhan of Bhotkhola to Kutchi is operated on an unpaved road, the road track from Chyamtang-2 to Ghungappa has not been opened. Source The Rising Nepal