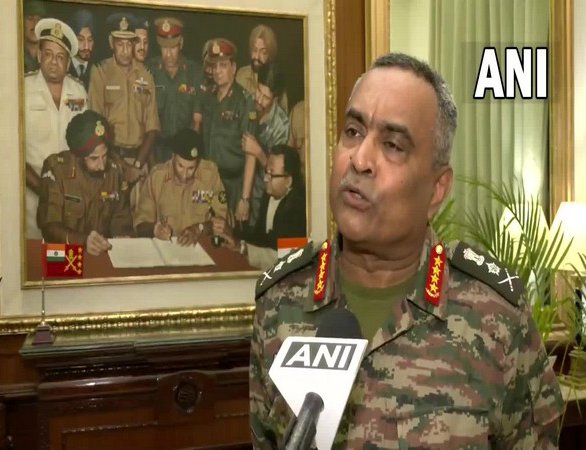 As per the source close of Ministry of Foreign Affairs in Nepal, the 29th Army Chief of India will be conferred with the honorary title of Nepali Army by Nepal President Bidhya Devi Bhandari during the visit.

"Communication has been received from the Indian Army about the visit of the Army Chief to Nepal in the month of August. We are working on the dates and schedule of his visit. The visit will entirely focus on honouring the Indian Army Chief with the honorary title of Nepali Army, a tradition that has been continued for the ages," the source told ANI seeking anonymity. In the wake of the preparations being made in Kathmandu about the visit of Indian CoAS, Nepal's Ambassador to India, Dr Shankar Prasad Sharma also held talks with the Indian Army Chief earlier on Monday.

"Pleasure to call on Chief of Army Staff, General Manoj Pande @adgpi. We discussed various aspects of bilateral defence cooperation and thanked the Indian Army for their continued support to Nepal. @EONIndia #NepalIndiaFriendship," Nepal's ambassador to India tweeted on Monday after the meeting. The Additional Directorate General of Public Information, IHQ of MoD (Army) also tweeted on the same day, highlighting the issues that were discussed at the time of the meeting.

"Dr Shankar Prasad Sharma, Ambassador of #Nepal to #India called on General Manoj Pande #COAS and discussed aspects of Bilateral Defence Cooperation." Conferring the highest rank to the chiefs of each other's militaries is a tradition that has been followed by Nepal and India since 1950 after then Indian Army Chief General KM Cariappa visited Nepal.

16 Day Of Activism Against Gender Based Violence By NEW SPOTLIGHT ONLINE 2 days, 2 hours ago

World AIDS Day 2022: The AIDS Response Is In Danger By NEW SPOTLIGHT ONLINE 2 days, 22 hours ago