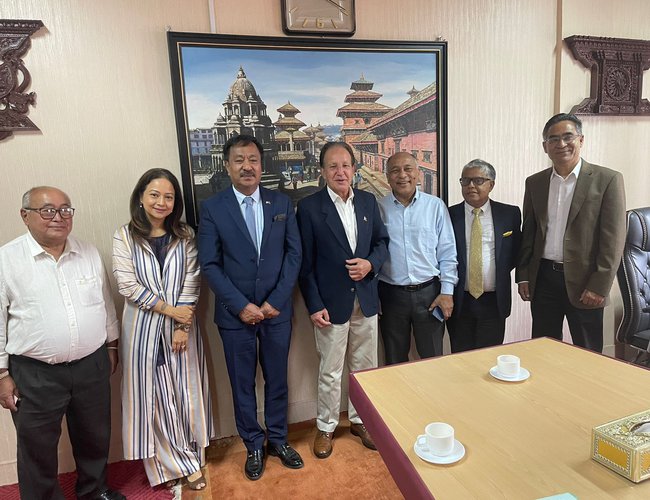 A delegation of Nepal-USA Chamber of Commerce & Industry (NUSACCI) paid a courtesy call on minister of foreign affairs Dr. Narayan Khadka at the Ministry of Foreign Affairs. 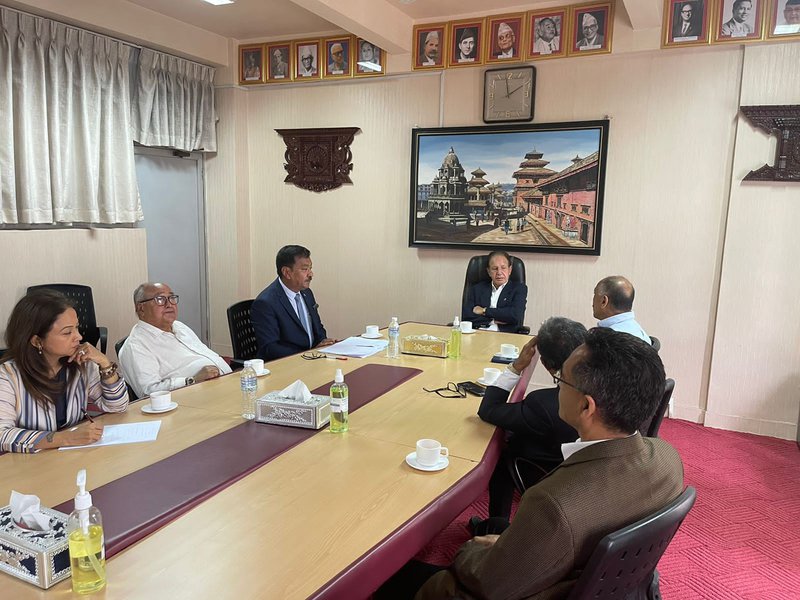 According to a press release issued by NUSACCI, during the meeting the delegation led by President Kiran Sakha has introduced newly elected members. President Sakha also briefed the programs and activities launched by NUSACCI in various sectors to promote Nepal and U.S trade and business and problems faced by Nepali.

During the meeting, the delegation also informed minsters difficulties faced by Nepali students to secure visa in timely manner.

They also urged minister Khadka to take initiative to increase U.S. investment in hydropower and for the collaboration between NUSACCI and American Chambers of Commerce.

NADA Demands To Allow Import Of All Vehicles And Concessional Loans By NEW SPOTLIGHT ONLINE 1 day, 9 hours ago

MCC-Nepal Issued An Tender For The Construction Of a Transmission Line By Agencies 5 days, 10 hours ago