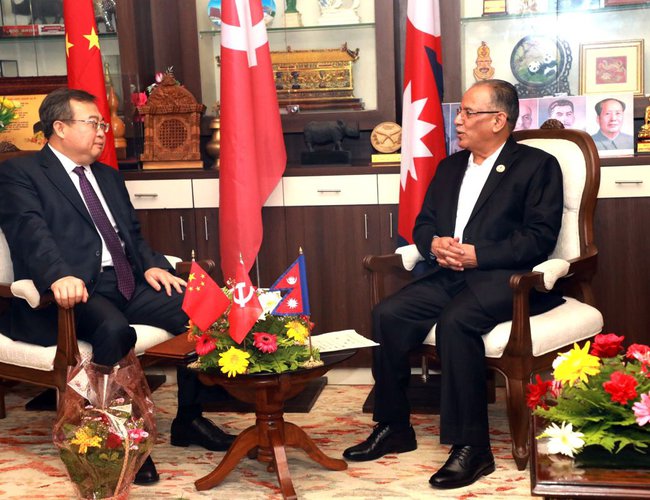 Liu who is on a three-day visit to Nepal met Chair Prachanda at the latter's residence in Khumaltar this afternoon.