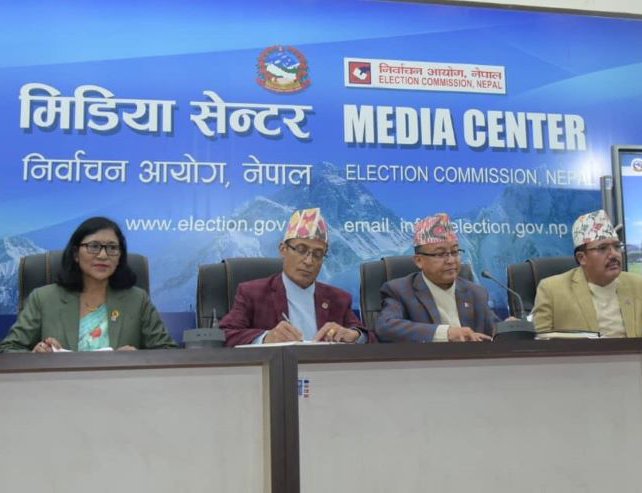 Chief Election Commissioner Dinesh Kumar Thapaliya has informed that the Election Commission (EC) has written to the government that the tenure of the present members of the House of Representatives (HoR) and the Provincial Assembly (PA) will last till December 7.

Although the tenure ends automatically after the nomination, it needs to be corrected by making changes in the law and we have written to the government in this regard, said the Chief Election Commissioner at a press meet held today after the government decided to hold polls on November 20.

He said that the Commission has been making internal preparations for the poll and that the remaining 107 days are sufficient for the EC to hold the poll in a free, fair, and peaceful manner.

Melamchi’s Water To Be Distributed By December 13 By Agencies 6 hours, 14 minutes ago