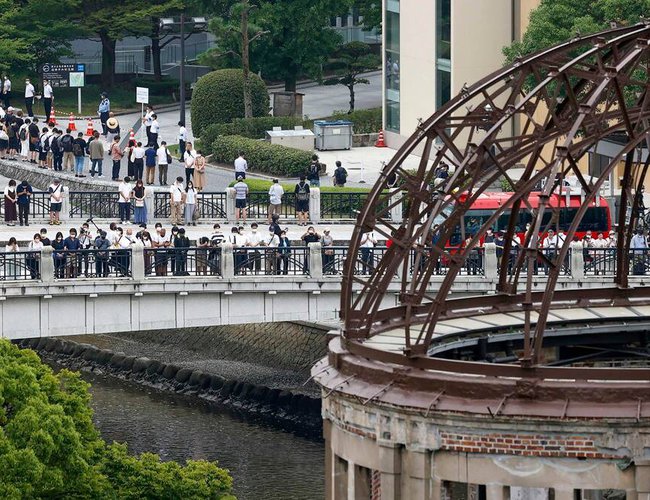 People in Hiroshima are marking the 77th anniversary of the atomic bombing that devastated the city in the final days of World War Two. More than 3,000 people gathered on Saturday morning for an annual ceremony at the city's Peace Memorial Park.

Participants paused for a moment of silence at 8:15 a.m., the exact time the United States dropped the bomb on August 6, 1945. It killed about 140,000 people by the end of that year and exposed many more to harmful radiation.

Seventy-seven years on, the movement to abolish nuclear weapons is facing significant challenges. Russia is threatening to use them against Ukraine, and more countries are stressing the importance of relying on them as a deterrent.

In June, states that are parties to the UN nuclear ban treaty met for the first time. But the nuclear powers and countries that rely on them for deterrence do not support the treaty.

Divisions are also overshadowing the review conference of the non-proliferation treaty, which is taking place this month.

Hiroshima Mayor Matsui Kazumi delivered a peace declaration at Saturday's ceremony. He called on the leaders of nuclear powers to visit Hiroshima and Nagasaki, the other Japanese city decimated by a nuclear bombing, and confront the horror of nuclear weapons.