Members Of Parliament Asks Government To Control Outbreak Of Dengue

Members Of Parliament Asks Government To Control Outbreak Of Dengue 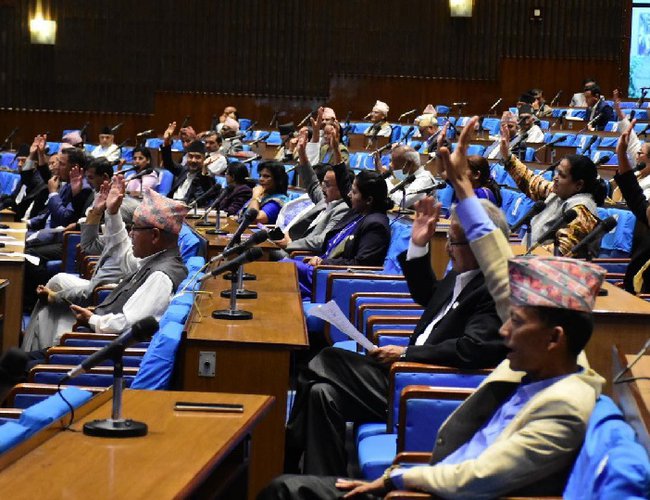 Parliamentarians at today's meeting of the House of Representatives have drawn the attention of the government to immediately stem dengue outbreak.

Putting his view during the zero hour, HoR member Prakash Man Singh demanded that the government promptly control dengue and cholera that are taking their toll across the country.

Stating that the viral infection has spread to 71 districts, Dev Prasad Timilsina urged the government to manage free treatment to dengue patients and free mosquito nets to the impoverished people.

Similarly, Nawaraj Silwal drew the government's attention to 'human trafficking taking place due to the visit-visa grants' while asking for proper management and stopping 'illegal activities' at the Tribhuvan International Airport.

Padma Narayan Chaudhary called for the resumption of the land plotting, as it has, according to him, affected farmers.

Also, expressing her concern about the recommendation of women's candidacy in a small number for the November 20 House of Representative and Province Assembly elections, Pramila Rai demanded 33 percent women's representation in the polls under both the first-past-the-post and proportional systems. (RSS)