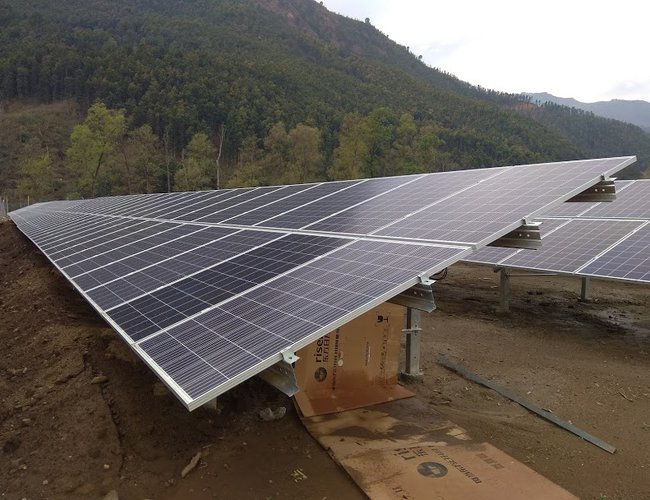 Nepal’s largest Solar Power Plant has started full-fledged regular production of 25 MW electricity. According to the Rising Nepal, the trial production from the power station started on August 26 this year.

The electricity generated from the plant is connected to the national transmission system through the Devighat hydroelectric station. Constructed by Nepal Electricity Authority (NeA), the project started trial production in April.

Project Chief Bikas Raghubanshi informed that trial production of 25 MW of electricity has started three and a half years after the foundation stone of the power plant station was laid in April 2018. The project should have been completed by April 2019.

According to him, the trial production from seven different blocks of the solar plant has been successful.

Chinese company Risen Energy, a construction company, started working on the project from October 2019 and produced 1.5 megawatts of electricity in the first phase in January 2021.

At present, 25 megawatts of electricity production have been started by using 38 hectares of barren land registered in the name of the Authority

Price Of Petroleum Products Increased By Agencies 1 day, 22 hours ago