Government To Deploy Nepali Army During The Elections

Government To Deploy Nepali Army During The Elections 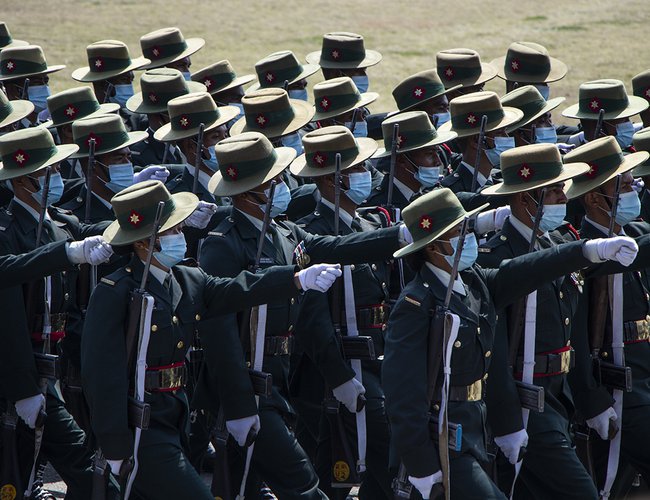 President Bidya Devi Bhandari has allowed the government to mobilise the Nepal Army in the November 20 elections to the House of Representatives and Provincial Assemblies.

Issuing a press statement on Sunday, the Office of the President said that the President granted permission to mobilise the Nepali Army as provisioned in the ‘Unified Security Action Plan 2022’ for providing unified and coordinated security to the elections as per the Article 66 of the Constitution of Nepal and on the basis of the letter written by Prime Minister Sher Bahadur Deuba on September 12.

The PM had sent the letter to the President on the recommendation of the National Security Council and as per a decision of the Cabinet meeting of September 12.

The Ministry of Home Affairs had passed a special election security plan to mobilise all four security agencies together.

Mask, Sculptures Of Balkumari Temple Stolen By Agencies 11 hours ago

New Data On Nepal PLHIV Stigma Index 2.0 Indicates The Need To Create Arespectful And Equal Environment For PLHIVs In Community And Workplace By NEW SPOTLIGHT ONLINE 1 day, 8 hours ago