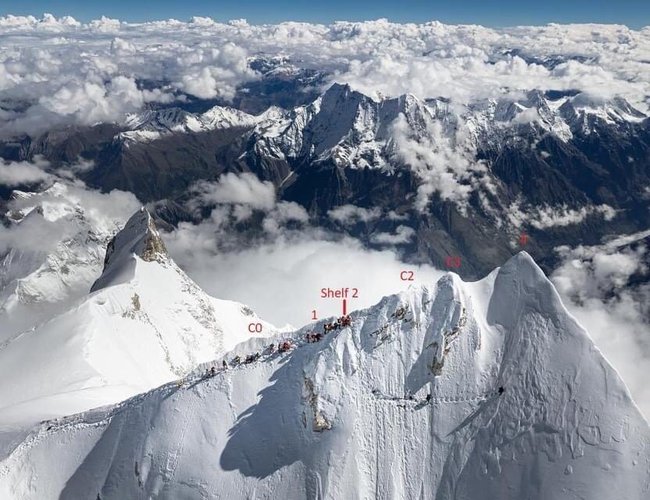 An avalanche that occurred at the base camp of Mount Manaslu in Gorkha district has injured more than 15 persons and one dead. The rescue operation halted after night and hostile weather.

According to Superintendent of Police (SP) Kedar Khanal of the District Police Office of Gorkha, the avalanche occurred at around 8 am Monday morning, affecting camps 3 and 4 in Chumanuwri Rural Municipality–1 and trapping the mountaineers and their aides who were there at that time.

Khanal said that they had not been able to determine exactly how many people were at the camps due to loss of contact.

Meanwhile, the Department of Tourism (DoT) stated that the avalanche had injured 15 people. Based on the data the Department had obtained until Monday afternoon, Yubraj Khatiwada, director of DoT’s Mountaineering Section, told The Rising Nepal that five people had sustained serious injuries with one in critical condition. The remaining 10 are stable. He informed that all of the injured were Nepali nationals.

Three helicopters had flown from Kathmandu to Gorkha for the rescue of the trapped people. However, they could not immediately reach the disaster site due to bad weather, Khatiwada informed.

Report from The Rising Nepal

New Data On Nepal PLHIV Stigma Index 2.0 Indicates The Need To Create Arespectful And Equal Environment For PLHIVs In Community And Workplace By NEW SPOTLIGHT ONLINE 4 hours, 16 minutes ago