Ninth National Game Begins From Today In Pokhara , 6,157 Players To Cmpete for 404 Gold

Ninth National Game Begins From Today In Pokhara , 6,157 Players To Cmpete for 404 Gold 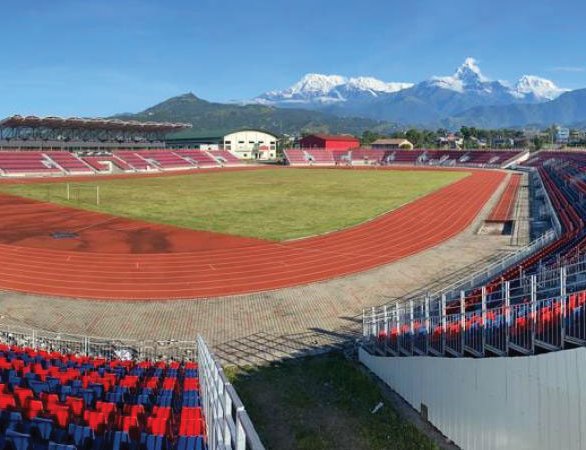 The ninth National Games is being formally inaugurated tomorrow, Friday in touristic city of Pokhara.
Many games have already begun although the formal inauguration is scheduled for October 14.
The National Games have returned to Pokhara after 39 years when the second National Games were held here in 1984.
It is the first time that the Gandaki province has got the chance to hold the National Games after the country got federated. The government has allocated Rs. 600 million for the nation's biggest sporting event.
The Games will be inaugurated by Vice-President Nanda Bahadur Pun.
The Games will conclude on October 20 and Prime Minister Sher Bahadur Deuba will address the closing ceremony of the event, according to National Sports Council.
The Games are played in 8 different districts of the Gandaki Province.
There were 36 competitive games and 2 exhibition games during the event.
6,157 players will compete for 404 gold medals during the Games.
Similarly, sportsmen from 11 different teams will also compete for 409 Silver and 601 Bronze trophies.
The 11 teams comprise of 7 teams from province (one team each from seven provinces), and four departmental teams- Tribhuvan Army club team, Nepal Police Club team, Armed Police Force Club team and Non-Resident Nepali club team will via for the medals.
Source: The Rising Nepal

South Korea Reaches To Knockout Round Defeating Portugal By Agencies 9 hours, 30 minutes ago

World Cup 2022: Australia Advanced To The Round Of 16 By NEW SPOTLIGHT ONLINE 2 days, 2 hours ago

US Defeats Iran Reaching Quarterfinal Of World Cup 2022 By Agencies 3 days, 9 hours ago

England Advances To The World Cup 16 By Agencies 3 days, 9 hours ago

World Cut 2022: Brazil Advance To Round Of 16 As Casemiro's Goal Edges Switzerland By Agencies 4 days, 9 hours ago