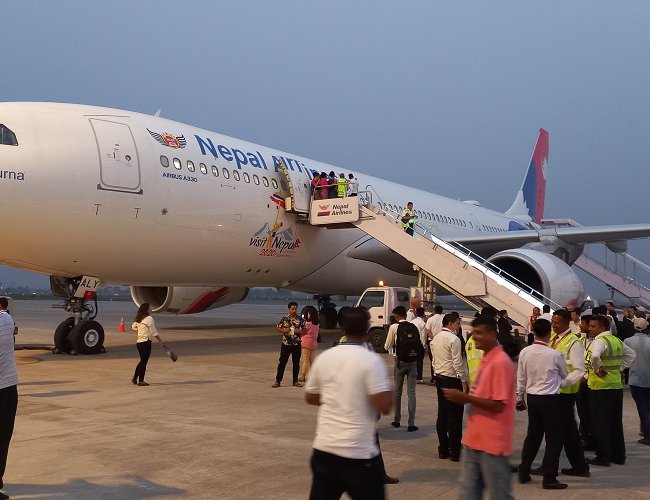 The spokesperson of the Nepal Airlines Corporation, Archana Khadka, said preparation was underway to operate international flights from Gautam Buddha Airport by the end of this December.

A team formed under the coordination of the Commerce Director of NAC, Janakraj Kalakheti, for this purpose has been carrying out a study in this regard.

Khadka added, "Preparation is underway to operate international flights by the end of this December. The Board will finalize the destinations after the report of the committee."

Jazeera Airlines has now been operating three flights to Kuwait in a week from Gautam Buddha International Airport. Nepal Airlines has been conducting such flights to 10 destinations in eight countries. It has two wide-body and two narrow-body aircraft for international flights.

The NAC has already urged in writing five international airlines as well as Nepal Airlines and Himalaya Airlines to operate flights from the newly launched airport. It is worth noting that NAC had also decided to give a 25 per cent discount on a domestic flight to passengers going abroad from Gautam Buddha International Airport. (RSS)

New Data On Nepal PLHIV Stigma Index 2.0 Indicates The Need To Create Arespectful And Equal Environment For PLHIVs In Community And Workplace By NEW SPOTLIGHT ONLINE 1 day, 8 hours ago