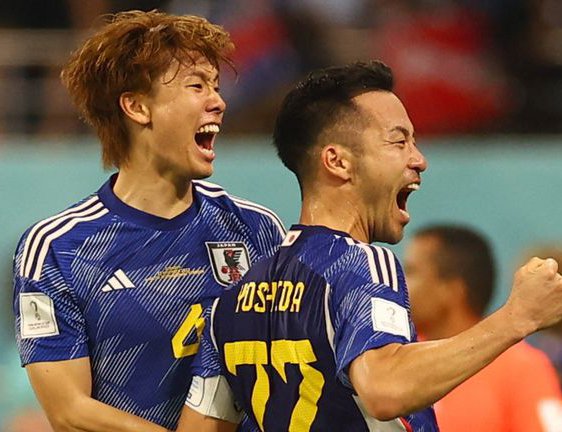 In the men's World Cup soccer finals in Qatar, Japan pulled off a stunning comeback to beat four-time champion Germany 2-1.

But Japan stepped up its offense in the second half.

Germany missed chances though the team had 25 shots at goal, more than double Japan's 11.

South Korea Reaches To Knockout Round Defeating Portugal By Agencies 11 hours, 3 minutes ago

World Cup 2022: Australia Advanced To The Round Of 16 By NEW SPOTLIGHT ONLINE 2 days, 3 hours ago

US Defeats Iran Reaching Quarterfinal Of World Cup 2022 By Agencies 3 days, 11 hours ago

England Advances To The World Cup 16 By Agencies 3 days, 11 hours ago

World Cut 2022: Brazil Advance To Round Of 16 As Casemiro's Goal Edges Switzerland By Agencies 4 days, 11 hours ago