World Cut 2022: Brazil Advance To Round Of 16 As Casemiro's Goal Edges Switzerland

World Cut 2022: Brazil Advance To Round Of 16 As Casemiro's Goal Edges Switzerland 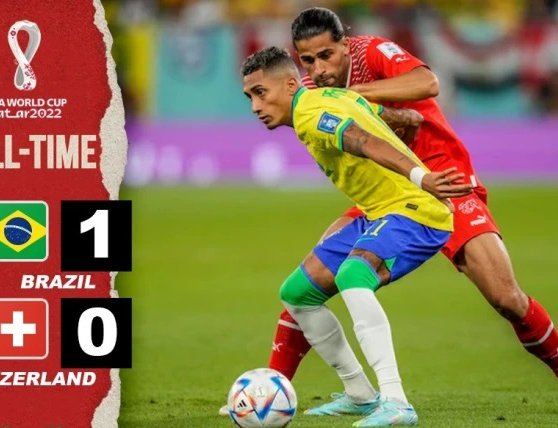 Casemiro's 83rd minute winner was enough to book Brazil's spot in the knockout stages of the 2022 World Cup thanks to a 1-0 win over Switzerland at the Stadium 974 on Monday. But for so much of the match, Brazil looked like they were missing the creativity offered by their absent star man Neymar as they continually tried to break down Switzerland's resolute defence only to come away empty handed. The first half was nervy and quiet, one of the rare moments which roused the crowd was the short power outage in the 43rd minute.

Vinicius Junior thought he had opened the scoring in the 63rd minute, only to have VAR intervene and rule the effort out due to Richarlison's offside position earlier in the move. Eventually Casemiro broke the deadlock late on to ensure Brazil are through to the knockouts, while Switzerland can still make the last 16 as they face Serbia in their final group stage match.

CAN Lifts Suspension Of Leg-spinner Lamichhane By NEW SPOTLIGHT ONLINE 23 hours, 27 minutes ago