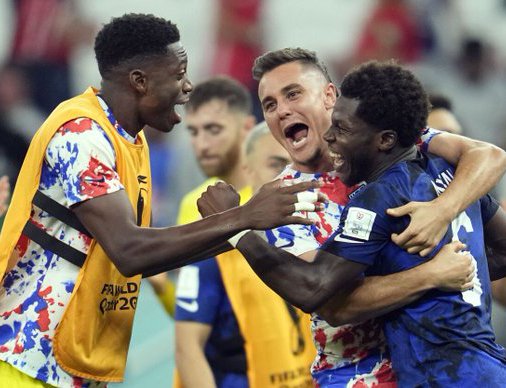 The U.S. men’s soccer team defeated Iran in Tuesday’s World Cup match, winning 1-0 and advancing to the knockout stage of the tournament amid heightened political tensions between the two nations.

Christian Pulisic's goal in the 38th minute held up as the United States defeated Iran 1-0 to advance at the World Cup.

Pulisic reportedly suffered an abdominal injury making the winning goal and was subbed out in the second half.

The politically charged match came after Iranian state media called for the U.S. to be banned from the World Cup over a now-deleted social media post from the U.S. Soccer Federation (USSF).

The post was intended to show support for “the women in Iran fighting for basic human rights” as protests continue over the killing of Mahsa Amini. The 22-year-old died in police custody after she was arrested for improperly wearing her hijab.

The U.S. has sanctioned several Iranian officials over the government’s treatment of protesters. Human rights organizations have estimated that dozens have been killed and tens of thousands have been detained in the protests since they erupted in mid-September.