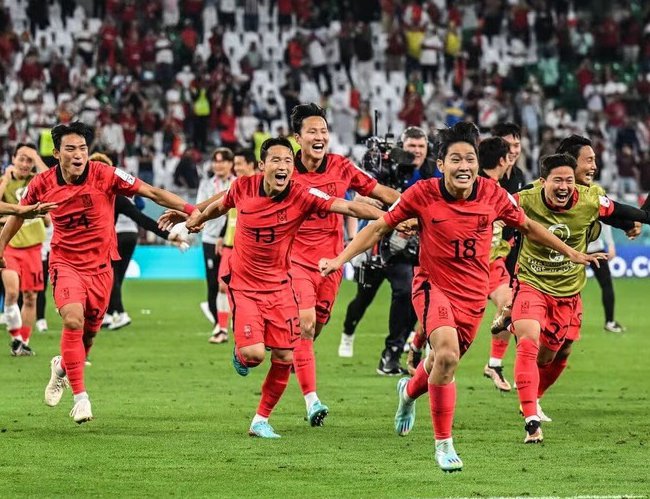 Hwang Hee-chan gave South Korea a sensational injury-time victory over Portugal that meant they beat Uruguay to a last-16 place on goals scored.

Hwang ran Son Heung-min's pass in the 91st minute to round off a counter-attack and start wild celebrations from his side's fans in the stands.

South Korea will play Brazil on Monday for a place in the quarter-finals.

There's a lot of blubbing going on. From the South Korea players, the fans and the staff. Emotions all over the shop. It's the World Cup that just keeps on giving.

Brazil, who were among the first teams to make the FIFA World Cup Round of 16 in Qatar, having not conceded a single goal or give their opponent a chance at the goal, had never before lost a World Cup match against an African country and never lost a group game in this century.

The last time Cameroon won a game in the FIFA World Cup was 20 years back, in South Korea, when Samuel Eto's winner had separated the team from Saudi Arabia in a group game.

The odds were stacked against Cameroon, but they did not disappoint their legend Eto who was present at the Lusail Iconic Stadium on Friday night as Vincent Aboubakar scored a famous goal to hand the Indomitable Lions a historic Word Cup win. But what unfolded moments after the goal became viral instantly on social media.

However, moments after his goal, he was handed a second yellow card and was sent off for removing his shirt during the celebration. He had thrown his short to the ground near the corner flag and waited for his teammates as they rushed toward him. But what went viral was the referee's gesture.