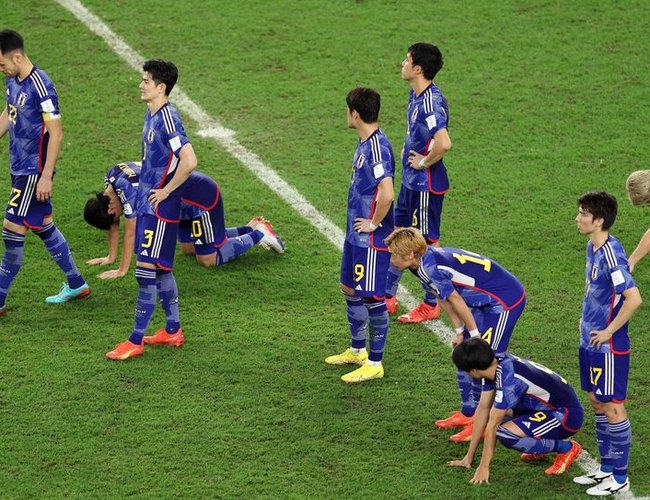 Japan has missed its chance to advance to the quarterfinals at the men's soccer World Cup in Qatar. The Samurai Blue lost to Croatia on penalties.

This was the third World Cup to pit Japan against Croatia which was the runner-up in 2018.

Mitoma Kaoru shot from a speedy dribble, but was blocked by the goalkeeper.

The game went to penalties. Japan missed three of its spot kicks, Croatia just one.

Japan will not advance beyond the round of 16 but it did finish at the top of its group, beating former champions Germany and Spain.

FIFA praised Japan's performance in the tournament, commenting "what a journey they've had" and thanking the team for adding some new World Cup moments.