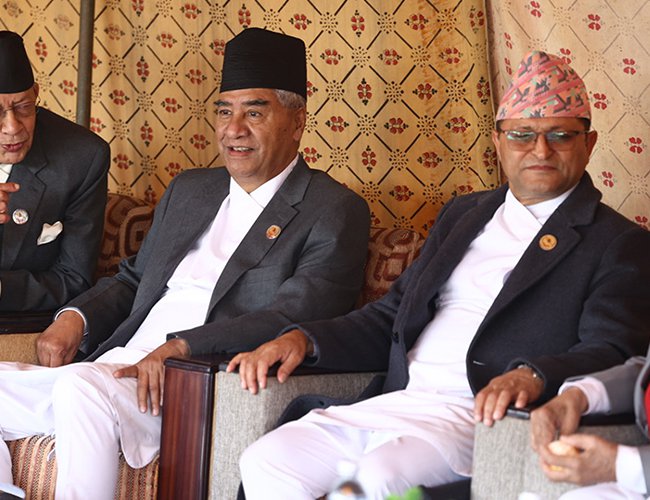 The Federal Parliament Secretariat hosted a reception today in honour of the new members of the House of Representatives (HoR).

The reception was organised on the premises of the Federal Parliament Building shortly after the oath-taking ceremony of newly elected lawmakers.

Prior to this, HoR senior most member by age Pashupati Shumsher JB Rana administered the oath of office and secrecy to newly elected members in the lower house.

Article 88 of the Constitution states every member of each House of the Federal Parliament must, before taking part for the first time in the session of the House or any of its committees, take an oath as provided for in the Federal law.

The 275-member HoR is a body of 165 directly elected members and 110 Proportional Representation (PR) members elected through the elections to the HoR and Province Assembly. The voting for the twin elections was held on November 20. (RSS)