Nepal could finally find Kakarbhitta-Fulbari-Banglaband, the sole overland transit route for trade with Bangladesh upgraded and get a multi-functional laboratory for issuing credible quality certification, which experts said would greatly ease exports particularly that of agro-produces to India and Bangladesh.

Under the aegis of its regional cooperation department, the World Bank officials said they are supporting Nepal to lay down numerous infrastructures, including establishment of a laboratory and also construction of missing infrastructures to facilitate its trade with Bangladesh and India.

“Discussions are still on but we have broadly agreed on setting up a joint multi-functional laboratory, something which will address long-running plight of the Nepali exporters,” disclosed Diep Nguyen-Van Houtte, senior operations officer of World Bank South Asia region.

In the absence of recognized testing facilities, Nepali exporters so far have been sending samples of their produces to Kolkata in India and waiting for as many as 15 days to get quality certification, which is a must for those produces to find entry into India. This has been raising the cost of doing business, and in most of the cases inflicting loss to the traders, particularly those exporting perishable agro-produces.

Under the new project, fundamentally being designed to reduce the existing trade barriers to Nepal-Bangladesh and Nepal-India trade, the World Bank is also supporting the upgradation of roads and constructing new facilities along the border.

While poor infrastructures have always been the major constraints to exports for Nepal, its exports to Bangladesh has further been facing a blow because of bad roads conditions along kakarbhitta-Fulbari-Banglaband transit route.

Though India over the past one decade repeatedly promised to upgrade it, traders have been consistently complaining of lack of improvement.

Among the crucial trade-facilitating infrastructures, Houtte said the World Bank was exploring the possibility of coordinating with different institutions and agencies engaged in facilitating trade for creating a single window so that exporters need not travel around the multiple agencies for doing business.

“This will cut cost and increase the trade viability,” said Houtte. 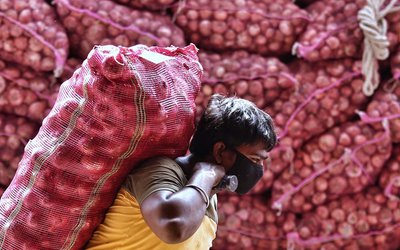