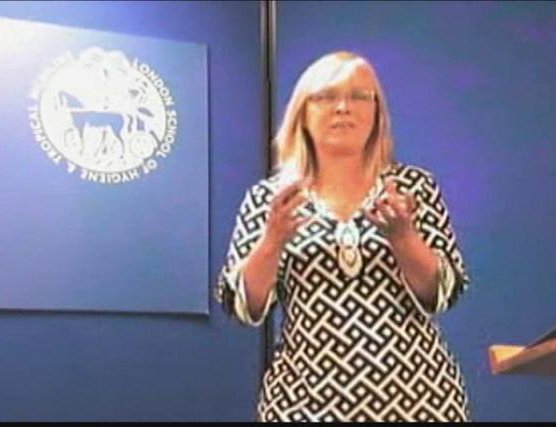 Despite progress in access to water and access to toilet, the death toll of children due to diarrhea continues to be high, at over 8,000 annually. Nepal’s own experiences have shown that hygiene issue needs to be given importance to bring about any real change in the overall health status.

“Along with access to sanitation and water, there is the need to focus on hygiene issue. Without it, Nepal cannot achieve the MDGs and reduce the infant mortality,” said Ashutosh Tiwari, country representative of WaterAid Nepal.

At a time when Nepal has been facing challenges to improve the hygiene status, Val Curtis, renowned researcher of London School of Economics and the person associated with The Hygiene Centre visited Nepal. She argued that social behavior is an important factor to change the hand washing habit.  Addressing a talk program recently in Kathmandu, she said hand washing can change the state of health and save hundreds of infants in Nepal.

“Diarrhea can still kill more young people than AIDS, malaria and measles combined,” said  Curtis. Although infant mortality rate has already declined from 83/1000 in 2000 to 48/1000 in 2010, diarrhea is still the number 2 killer in Nepal,” said Curtis.

There is a greater and better impact on health for those who wash hand with soap after use of toilet.  “There is a 47 reduction of death by diarrhea in case of washing hand with soap,” said Curtis, who is recently came to the capital as a guest of WaterAid Nepal.   “Similarly, washing hand by soap also decreases the respiratory problems by 23 percent.”

Although hand washing can prevent a number of problems, the people still ignore this. The studies have shown that more than half of the population in Nepal are yet to use soap for hand washing.  “There is the need to change the behavior of hand washing. Although the number of people washing hands by soap has increased in Nepal recently, it is yet to cover the whole population.

A survey in six poor communities with more than 5,000 people showed that 99 and 93 percent people washed their hands before eating food and after going to toilet, respectively. It showed that there are still some people who do not wash hands at critical times.

Each year over 8,000 children under five die of diarrhea in Nepal. Proper hand washing with soap is the most effective intervention to reduce death.  After organizing Global Hand washing Day every year on  October 15 since 2008, the state of hand washing has improved.

WaterAid-Nepal has been playing an important role in the hand washing campaign nationwide while encouraging policy makers and politicians to recognize hand washing as a priority on the development agenda. It has been launching the awareness raising campaign targeting the public, particularly mothers and children, with the aim of making the simple, life-saving practice of washing hands a regular habit.

“There is a lot of progress and improvement in the last five years following the launch of the campaign,” said Rabindra Lal Shrestha, senior program manager WaterAid Nepal.

As there is an increase in the number of people realizing the need of hygiene, the Ministry of Health and Population has allocated special funds to the districts to mainstream hand washing activities into all health events and activities. As the understanding about the importance of hand washing is growing in Nepal, even the private sector will join the campaign along with government and civil society sector.