So far as I know, there are no more than 200 China experts in India, of which 10 percent, at most, can read or speak Chinese. 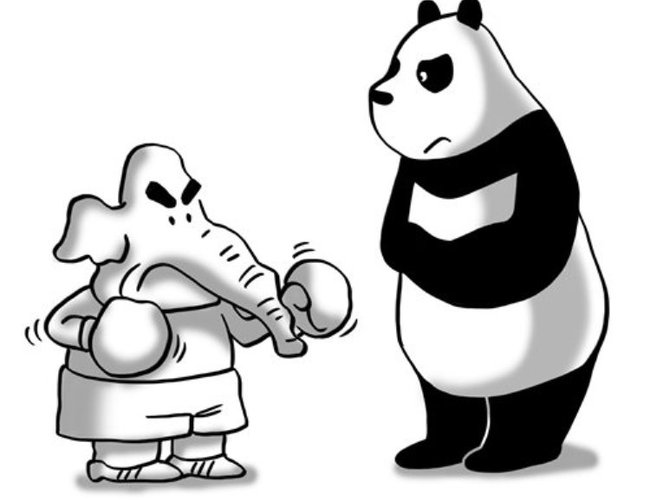 The border standoff between Chinese and Indian troops has lasted for more than five weeks. There are widespread worries that the standoff may escalate into an armed conflict.

China doesn't want a war. Many Indian media outlets and analysts put all the blame on China for the standoff and conclude that China had plotted to provoke the conflict in an attempt to divert attention from its internal problems. The reports even related the face-off to the 19th Communist Party of China National Congress to be held later this year. This bookish analysis reflects what little knowledge of China some Indian media and scholars have.

So far as I know, there are no more than 200 China experts in India, of which 10 percent, at most, can read or speak Chinese. Most of these experts study China based on publications from the US and Europe and a few English publications published by China, but sadly they believe that they have been well informed about China.

Indian reporters in China barely understand Chinese. Some of them even describe the neighbor as "Communist China," which feels like a term from 40 years ago. Regrettably, it is these people that shape India's understanding and judgment of China.

China does have many domestic problems, nonetheless they are no more serious than what's facing India internally. In fact, to prepare for the 19th Party Congress, China needs domestic harmony and a peaceful international environment rather than conflict, a point which may be hard for Indians to understand.

Some Indian experts I met insisted that the 1962 border war between the two countries was waged by China in a bid to divert attention away from its problems at home. I replied: Assume that's true, why did China choose India?

With the most countries along its border in the world, China has resolved its land boundary issues with all its neighbors except for India and Bhutan. Isn't this thought-provoking?

It serves China's national interests to prolong the peaceful period of strategic opportunity. Although Indian border troops crossed into the Chinese area of Doklam, the Chinese government has exercised restraint. Neither does India need a war, though its Chief of Army Staff General Bipin Rawat has claimed that the army is ready for "a two-and-a-half-front war" and some Indians consider their troops strong enough to defeat the Chinese army and wipe out their disgrace from the 1962 war.

India had an economy equal to China's in the early 1980s, but now its GDP and per capita income is just one fifth of China's. The reform and development in the past 20 years has laid a sound foundation for the Indian economy and it is embracing a period of rapid growth due to the reforms by Indian Prime Minister Narendra Modi and a favorable international environment.

If India fights a large-scale war with China now, it will not only scare away foreign investment, but also disrupt India's economy. Even if a war is brief, China and India may still be locked in a standoff for a long time. In this case, India will have its economic momentum disrupted and lose its opportunities to rise.

That said, a war is not completely impossible. There are a great deal of precedents of unnecessary battles fought at the completely wrong time and place. So far, it is the prime goal of diplomats of both sides to prevent a war that neither wants. To this end, they must not bluff. The 1962 war, triggered as India operated the Forward Policy, has left Indians hostile toward China for decades. A larger war today may give rise to strong animosity between the two sides for centuries.

Even if the standoff is resolved diplomatically, it has already crippled the bilateral relationship. This will have a long-term impact on Sino-Indian ties.

The bright side is, the standoff has enabled the two governments to begin to know each other. If one insists the other is a strategic menace, it will lead to a self-fulfilling of prophecy and eventually confrontation. But there is also a silver lining if the two sides can dispel their misunderstandings through communication and take measures to enhance official and people-to-people exchanges, so as to improve bilateral ties.

The author is a research fellow at The Charhar Institute and director of the Center for Indian Studies at China West Normal University.

Japan To Lift State Of Emergency For All Areas By NEW SPOTLIGHT ONLINE 8 hours, 34 minutes ago

WHO Assembly Adopts Resolution For Inquiry By NEW SPOTLIGHT ONLINE 5 days, 9 hours ago