Representation Does Not Equal Power

Involvement of women in political domain has been really restricted, not only in Nepal but throughout the globe despite 45 countries enforcing women participation by law in the form of reservation 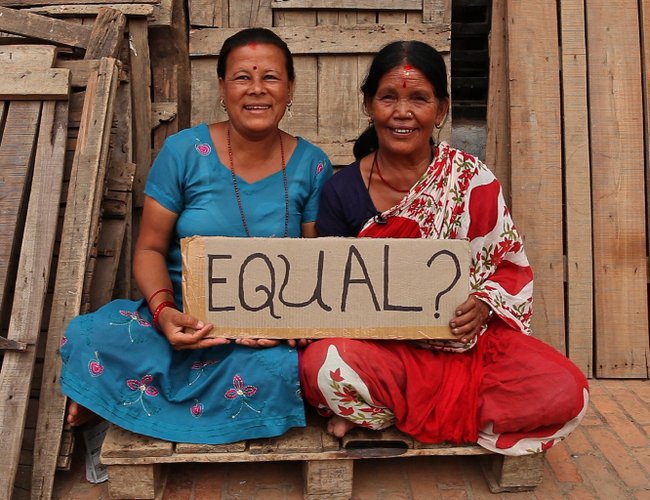 The case of gender-based reservation is extremely sensitive and equally disputed from those for and against it. In today’s world where representation is a major political tool for inclusion, it is indeed a difficult task to take a stance on whether gender-based reservation is justified, especially in the arena of politics. Involvement of women in political domain has been really restricted, not only in Nepal but throughout the globe despite 45 countries enforcing women participation by law in the form of reservation. Even if not made mandatory by the law, a lot of political parties have internal schemes and standards which make involvement of women a priority. There are countries that have over 40% female representation but do not have a ‘quota’ system, such as Iceland, Sweden, Bolivia and so on. In their parliament, Rwanda has the most number of female representation at about 60%.

Representation has always been favored by groups who support women's empowerment. This is backed by the argument that representation is needed to make good all the loss in terms of oppression and various barriers that women have had to face over the course of several years spanning into perhaps decades or even centuries. This comes along with the demand of 33% reservation for women. This serves multiple purposes: involvement of women in politics, and management to achieve a normative breakdown ofemploying only males in politics.

It has been brought up time and again that issues of females do not get addressed when males are dominating the political domain. With the guarantee of admission of women into the political parties, this could probably provide people with greater opportunities to easily fight off the patriarchal values they have been enduring for so long. Furthermore, this would also give the voters additional chances to vote for women who they usually think do away with the problems that cannot be solved by the males. However, the people propagating meritocratic democratic societies deem this provision of quota as improper since it violates the principle of equal opportunity. Further, individuals should be represented in politics as per their choice of ideas instead of social groups and categories. In addition to all this, homogenization of all women into one group or strata is slightly problematic and it raises the question of whether only the creamy layer would gain more advantage as compared to other non-elite women.

In Nepal, 33% parliamentary seats are reserved for women, as mandated by the Constitution of the country. This has been achieved after a long period coming from women after various struggles and people’s movements. This was first put in the Interim Constitution of 2007, which also recognized proportional representation of other marginalized communities. This is a great feat for Nepal because the rate of female participation is still high in comparison to the rest of the world. As compared to other nations near Nepal, it is slightly ahead. Pakistan has a reservation of 17% and 15% in the lower house and senate respectively, and Bangladesh reserves 14% of the total seats in the parliament. Bhutan does not have any form of a quota system, not even for women, along with Sri Lanka and Maldives.

Nevertheless, the main argument that can be put forth is whether only statistics can be taken at face value. Women in Nepal are fairly active in political parties on the surface but a large number of women involved have complained about how they have little decision-making powers. This is again due to patriarchal mindset among the people, including both men and women. Another important factor to consider is that these acts of gender mainstreaming and inclusion must ideally work in a manner beneficial to men and women, both and not only pertain to women at the cost of causing harm to men.

While there are a lot of women in the political front in Nepal, it is not very fair to say they have influential powers over decision making. A lot of women related problems still remain unresolved. This puts the entire theory of powerful women eradicating other non-powerful women from misery in jeopardy. Interestingly, for a country with three women in chief positions at a point in time – President, Chief Justice, and Speaker, there are still a lot of underprivileged women, who have suffered and are still suffering from stringent customary practices, which put at risk their freedom, rights, liberties and independence. So clearly, representation may not be the best solution, unless combined with real influence and decision-making powers, instead of just dummy-like disguised empowerment.