The Indo-Nepal Pancheshwar Dam: Here's why the project should not be taken up at all 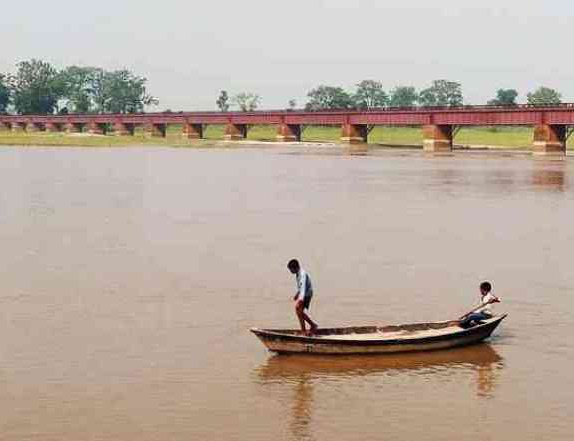 When Nepalese Prime Minister Sher Bahadur Deuba gets down to business during his five-day Delhi trip (starting Wednesday), the Pancheswar Multipurpose Project will likely be high on his agenda. And that is sure to make some quarters uneasy in Uttarakhand.

The Mahakali Treaty lays down that a 6,480-megawatt hydroelectricity project is to be constructed on a stretch of the Mahakali river on the India-Nepal border.

Deuba would be counting on his Indian counterpart: Prime Minister Narendra Modi showed a lot of interest in the project during his 2014 Nepal trip, even signing a memorandum of understanding regarding its amendment. While campaigning for the Uttarakhand Assembly elections he highlighted the project's benefits and how it would provide employment to thousands of people in the hilly state.

But here's the catch: the dam proposed at Pithoragarh district will submerge parts of three districts – Pithoragarh, Champawat, and Almora – in Uttarakhand, displacing more than 30,000 families which have led to widespread protests across the above-mentioned districts.

According to Uttarakhand government’s data, though, the dam will submerge 60 villages and affect 19,700 people. This has been contested. According to a 2010 research report, 82,000 people will be directly affected; The catchment area will cover another 84 lakh.

In fact, the proposed project may end up submerging 134 villages. The fear of displacement has led people to protest against the construction of the dam and even burning copies of the detailed project report (DPR) made public recently.

The DPR is based on a survey conducted 30 years ago and does not account for a spike in land prices in the interim, some villagers say. A forum they have formed to oppose the project has cited the example of how those displaced by the Tehri Dam are yet to be rehabilitated properly.

Some locals are afraid that the dam’s construction will force people to migrate away from these districts, wondering how it would affect livelihood. Also, the DPR allegedly ignores the landless, laborers and several others.

Soon after the DPR was finalized, the government conducted public hearings in September 2006, as required by Environmental Impact Assessment (EIA) norms. But they didn’t go down smoothly.

Locals protested against the dam and the way the hearings were conducted, allegedly in violation of several stipulations and norms. Many people have miffed that the meetings were at district headquarters, far away from their villages that would be Ground Zero for the dam.

The three public meetings saw widespread confrontation. At the one in Pithoragarh, two members of the Legislative Assembly even came down to blows. During the 11 August hearing, locals raised an objection to BJP leaders speaking on their behalf and occupying the dais with district officials.

The presence of police officers, as well as elected representatives and other politicians, violates the EIA notification. Locals now want fresh meetings after prior notices at areas that would be affected.

Local opposition isn’t the only aspect. Some experts doubt construction of the dam will take off in the current environment when India and China are engaged in a stand-off over the Doklam area.

The Mahakali river originates in the Kalapani region, which is under Indian occupation, pointed out Himanshu Thakkar, coordinator, South Asia Network on Dams, Rivers, and People, who closely monitors the Pancheshwar project.

“The Nepalese claim it to be part of their territory and considering the fact that Chinese have made significant diplomatic inroads in Nepal, the possibility of Chinese intervention cannot be ruled out in future if India-Nepal ties become strained,” Thakkar said.

He cited a similar incident near Doklam area wherein India did not allow Bhutan to construct a dam near the Chicken's Neck area, citing security reasons.

There is such dichotomy... The dam can also be used against India in future,” claimed Thakkar.

India has signed similar treaties with Nepal on building smaller dams of even 700 MW capacity, but they too have not taken off in the last many years. This gives the likes of Thakkar another reason to doubt that a massive project like Pancheshwar will ever take off.

FAULTS IN THE PLANS

The area in question is within a high seismic activity zone with many fault lines. “There has been no release of accumulated seismicity from this area for several decades. Even the 2015 Nepal earthquake could not help release this energy,” Thakkar claimed. “A huge earthquake is imminent which makes this project extremely vulnerable,” he added.

Moreover, the area is prone to landslides, cloud bursts, flash floods, erosion, among others natural calamities, and not appropriate to build dams. The dam could also face landslides similar to the ones being witnessed by the reservoir rim of Tehri Dam.

In fact, Pithoragarh, where the dam is to be built, has emerged as the most disaster-prone area in Uttarakhand, which has witnessed a spate of cases of landslides, cloud bursts, and earthquakes in the last two years.

Moreover, to build a dam of such multitude, roads will need to widen to carry the heavy equipment for the project, which too can be disastrous.

Thakkar cited how the Union power minister told Parliament that India was a power-surplus and net power-exporting country. The Union minister said more than 16000 MW of hydel projects were stranded despite all clearances, mostly because of lack of finance and high costs.

“Costs are so high that most private companies have exited or are exiting such projects. The Pancheshwar project is not likely to cost less than Rs 12 crore per MW installed capacity,” according to a report by South Asia Network on Dams, Rivers, and People. “Considering the projected power generation of fewer than 2 million units per MW, the cost of power from the project won’t be less than Rs 8-10 per unit, even with all proposed subsidies,” it added.

Pointing out that electricity prices have been dropping, the report asks: “Then why is the government building this project with the basic objective of power generation, when the cost of power of the project is so high and when India does not even need this power?