On The Government And Good Governance

As we know, the public have only one direct way of communication with the government, protest, but that also leads to further instability 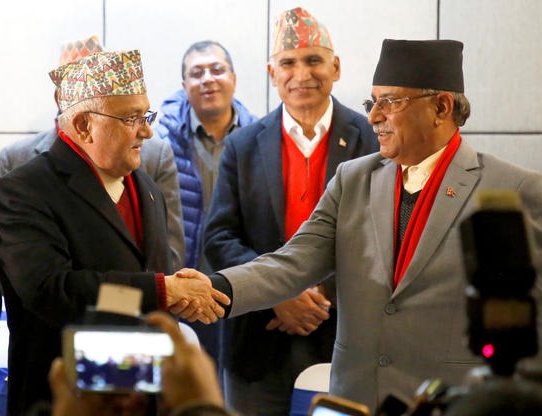 After the conclusion of the 2017 elections in Nepal, the foremost priority of the government should be satisfaction of citizens and overall prosperity of the nation. This is daunting, especially so, because having been a part of an election process the public now demands immediate changes. While it is obvious that the government cannot immediately deliver, in the long run we expect a lot of significant development.

One major problem the government should seek to avoid should be the disagreement of the people. This can arise from the lack of comprehension of the long-term pros of any policy bills by the general public but the real challenge is to meet their demands while ensuring to committedly work towards the long-term development of the nation.

Going back a few years, a close at the monarchial times, especially during latter part of Gyanendra’s reign reveals failed attempts to rule a country which no longer believed in him. This perhaps accentuated the movements that led to the downfall and termination of a historical monarchy in Nepal. Neverhtless, this downfall proved costly to the citizens who were so overjoyed by the idea of a democracy that they failed to realize that Nepal had never had a proper democratic government system. This led to mass revolt and instability in the nation for many years to follow.

As we know, the public have only one direct way of communication with the government, protest, but that also leads to further instability. However, protests in Nepal have not been unfruitful and more destructive.

To meet the terms of good governance, nepotism should be eradicated and inclusion should be implemented. We have been able to witness a remarkably inclusive government on the surface, but to answer if it is rightly so, and even if it is, does it make a competent government is dubitable. Further, a government that has been told it reeks of nepotism, despotism, and the newly conjured ‘sarism’, it is right to doubt on its effectiveness.

We have a strong women representation and having a woman be part of some form of power is a motivation and a call of consciousness of the women especially in a third-tier country. In a traditionally male dominated society where women were largely confined to agricultural works and work at home, it is a huge breakthrough for women which comes with a certain degree of power.

A little reminder to the revealing of the much-awaited new constitution that also brought to us the blockade and other strikes from the communities who, with support from like-minded neighbours, believed they did not receive adequate representation and rights in the newly formed constitution. During the recent elections, such situations were avoided since the election holders did all it could to safeguard itself from another such situation. We can see the progress that has been made to be all-inclusive before the elections but if this continues afterwards is for us to see now.

A closer look at the current political scenario in different countries, it is visible that the most successful nations have a diverse and inclusive system. The main objective of this inclusion is the belongingness the public sense towards people of their own kind. This implied agreement of the general public ensures the absence of disruption in the running of the government which creates more room for experimentation and implementation. For instance, in the Canadian Cabinet of Ministers, after the 2015 elections, 16 % of the minister positions were occupied by the minority citizens. Out of these, Sikh Canadians predominated as four out of the five minority positions were occupied by them. Moreover, two out of the five minority ministers were women and three of which were foreign born. Another remarkable feat achieved by the Canadian Cabinet which has set precedence is the sex ratio of the ministers. Canadian Cabinet has an impressive 1:1 sex ratio in its cabinet which comprises of 30 ministers (15 of each sex). Also, to be more inclusive, the cabinet comprises of two differently-abled individuals. Following this, United Arab Emirates has deliberated on increased representation of women in its cabinet. Today, considering the pace of progression in the world, inclusion and a merit based system is a sheer necessity in a government.

Addressing another important facet of a stable and successful government, transparency, it is an alien term to a citizen in Nepal. The entire objective of democracy is ‘for the people’ which requires full transparency between the said people and their government. In other democracies, there been a few number of cases where the public have discovered matters that were not disclosed to them which led to heavy criticism, dissatisfaction and agitation from the public. For instance, the controversy of National Security Agency (NSA), when the NSA spied on about 35 different countries including its allies. The NSA was also accused of tapping phone calls of millions of people including the German Chancellor, Angela Merkel. Transparency in the Nepalese government system would be a totally new thing to have been introduced to Nepal, if brought. At the same time, so are the terms ‘accountability’ and ‘responsibility’.

Good governance is an important change that should be instilled in the governance in Nepal. After completion of such a huge feat, holding elections after twenty years, the government should renounce its old ways and look forward to in fact induce necessary changes because it is directly accountable to the citizens who chose them. The citizens will take a long time to decide how to vote and be open towards newer parties, but this election will give chances to newer parties with new people and ideas and ideologies so as to break from an institution of what has been a terrible governance in Nepal.