Next Door Nepal: Secularism And Its Discontents

It is crucial for secularists in Nepal to define it. 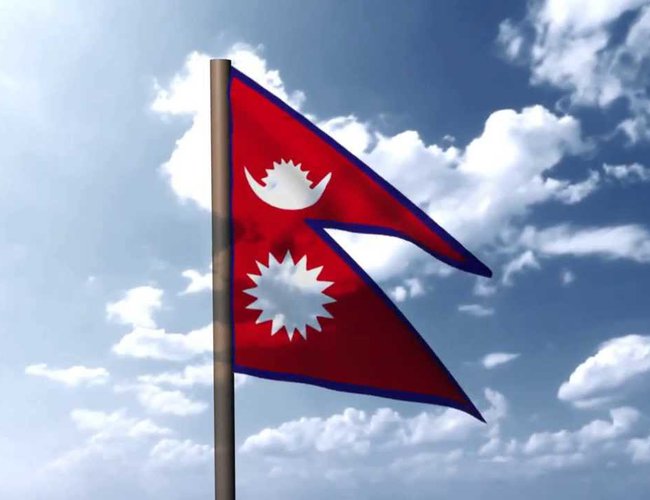 Four years ago, a question put to Sushma Swaraj suggested that both India and Nepal should be “Hindu states”. “I have taken oath as a minister under the Constitution of secular India, and this issue is not open for discussion”, she said during her speech at a programme organised by a sister organisation of the RSS. No other BJP minister or leader would, perhaps, have reacted in the manner Swaraj did in defence of secularism.

But privately, senior Nepali leaders, mostly from the government, are invariably advised by BJP leaders that Nepal should be a “Hindu country”. Apparently, Nepali Congress chairman, Sher Bahadur Deuba, had assured Indian authorities before the constitution was promulgated in September 2015 he will make every effort not to have the word “secularism” inserted in the constitution. Deuba was more candid than other leaders who, either through words or gestures, tried to indicate to BJP leaders that they were not averse to the suggestion.

Maoist leader Pushpa Kamal Dahal gifted Union Home Minister Rajnath Singh an idol of Ganesha during a visit to Delhi when the constitution was not yet written. In fact, Singh was the first BJP leader to tell then PM G P Koirala in June 2006, a month after Nepal transformed from a Hindu kingdom to a secular state, that the decision merited reconsideration.

The Nepali leaders and major parties chose a path that could be termed a fraud both on the constitution as well as secularism. The constitution says that Nepal shall be a secular country but remains silent on the state’s commitment to neutrality or equal treatment toward all faiths. More ridiculously, it says protecting “sanatana dharma” shall be the duty of the state.

A subversion of key or guiding principles of the constitution, and ignored established norms and practices, had been a regular feature while drafting it, almost always with the “consensus” of key political parties. Let the end justify the means, was their approach. When they found that the public opinion was overwhelmingly opposed to “secularism”, they chose not to make it part of the process. For them, giving the constitution a progressive look by any means was more important. The constituent assembly chose to solicit advice from western International NGOs on “progressive contents” instead of its members, whose role was limited to raising hands in “ayes” for each provision — none of them debated — for final approval. There was clearly little worry over possible future questions of the legality and ownership of the constitution.

Doubts and speculation over some “deals” each time a high-level political visit takes place from Kathmandu to Delhi, do not end with it. The recent visit (April 6-8) by Prime Minister K P Oli was no exception. Did Indian authorities, especially given a 90-minute one-on-one meeting on the first day between Oli and Prime Minister Narendra Modi, “privately” give particular advice on secularism this time as well?

One of the first tasks that the Oli government undertook upon his return from Delhi was to begin work on a legislation seeking to annul the permit given to any INGOs found working in favour of “religious conversion”. Nepal has 249 INGOs, with some of them accused of working on “conversion”. India is not the only country that has a view on Nepal’s secularism. A British ambassador, through an open letter to all the members of the constituent assembly, had asked the “right to conversion” be incorporated as a fundamental right in the constitution as “secularism will have no meaning without the right to conversion”. The European Union’s view more or less conforms to the British ambassador’s.

The controversy triggered by “secularism” is an outcome of an over-enthusiastic subversion of established democratic and constitutional processes. Nepal was declared a “secular country” in May 2006 by a “decree” of the presiding officer of the House, mainly on the calculation that “Hindu Nepal” was the strength of monarchy and without taking away that identity, the monarchy could not be abolished. External stakeholders were party to prescribing that short-cut to secularism, something that has now become the major bone of contention in Nepal. As Swaraj had pointed out, the Government of India, with a secular Constitution, can not officially advise its neighbour to shed secularism.

It is not just the common people who wanted a direct, participatory role in settling the issue. Even a large section of the votaries of the present constitution now want a review of the particular provision, in response to the open role that some EU countries and western INGOs have been playing on the issue.

It is crucial for the truly committed secularists in Nepal to have the courage and honesty to define the meaning of secularism in the constitution, incorporating its universal contents. But if the Oli government’s proposed legislation on conversion is an outcome of the PM’s deepening ties with the BJP leadership in Delhi, it could be at the cost of his earlier commitment to “secularism”.

Colin Powell Dies Of Covid At 84 By Agencies 1 day, 16 hours ago

At Least 32 Dead In Blast At Afghan Mosque By Agencies 4 days, 16 hours ago