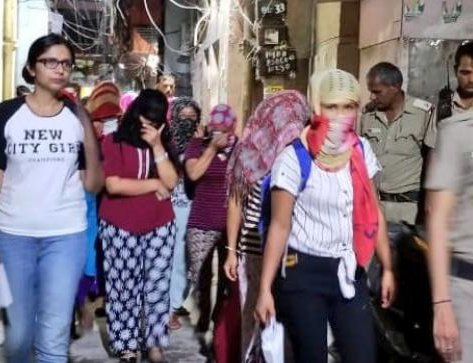 The Delhi Commission for Women (DCW) rescued 16 young girls from Delhi's Munirka area, believed to have been on their way to be trafficked to Iraq and Kuwait.

According to India Today, the DCW activists managed to retrieve the girls, originally from Nepal, during a raid at around 1 am last night.

DCW chief Swati Maliwal shared on Twitter that these girls been trafficked to India from Nepal, and were being sent to the Middle East next reports India Today

"The traffickers had taken away their passports, locking them up in a tiny room we saved them from today," Maliwal tweeted in Hindi. "This trafficking operation had been going on for eight months. Seven other girls have already been sent to Kuwait and Iraq 15 days ago. We have no idea idea what may have happened to them!"

Chinese Embassy Issues A Strong Protest Against An Article Published In English Daily By NEW SPOTLIGHT ONLINE 7 hours, 15 minutes ago