The Myth Of Enlightened Despotism

It was introduced with the aim of nurturing a small group of clerical Indians who could serve the British’s interests and act as interpreters. The British left India with a literacy rate of only 16 percent (female literacy rate was 8 percent) showing that they did not really do much to educate the masses. The case of Indian railways is even worse. 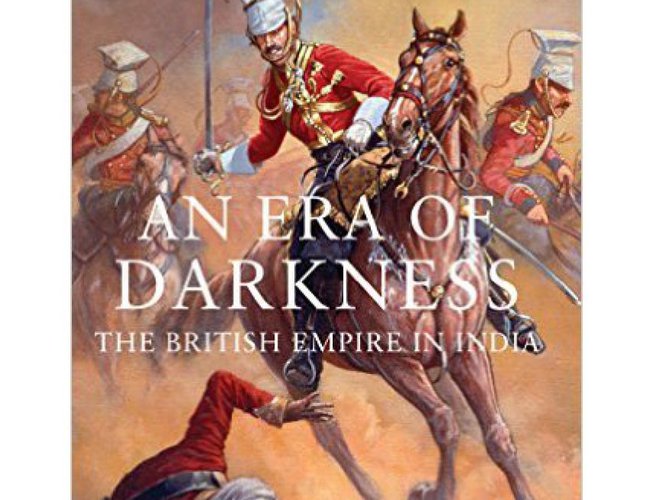 Expressing frustration at the state of affairs in Nepal, many at times I have heard friends talk about how Nepal would have been better off had it been colonized just like our Southern neighbor. The colonizers would at least leave behind infrastructures, a relatively stable system and some of their legacy, they argue.

I don’t blame these people for their naivety. Our (proud) un-colonized history hasn’t really bore us anything significant. On the other hand in India, a strong parliamentary democratic system, the railways and world class educational institutions among many others are often seen to be British legacies. Yes of course the people were subjugated but colonization did bear some fruits at the end, albeit indirectly.

Or did it really?

While I did not really share the extreme views of my friends, I did somewhat believe that India’s colonizers were to some extent responsible for the achievement the country has made in recent years. But earlier this month, I had the opportunity to read Shashi Tharoor’s book ‘An Era of Darkness’. The book gave me a detailed insight on how British’s rule in India was everything but a mission to ‘civilize the nation’. Yes, India does owe some of its achievement to the British. But considering the arguments presented in the book, one cannot help but wonder how far the country would have gone today had it not been a part of the empire.

Tharoor dissects each sector - right from economic to social - to show how the British led the systemic degradation of India. The book begins with an account of India’s GDP before and after the British’s rule which pretty much sums up the entire argument of the book. As India eyes towards becoming a superpower, it is noteworthy how the country was already at that stage before the 18th century i.e. before the East India Company stepped foot on its land. India’s share of the world economy was 23 percent as large as all of Europe put together. By the time the British departed, it had dropped to just over 3 percent.

A central argument in the book is that much of the achievements that the British are credited for were simply ‘by-products’. Their intention was never to develop India. Take for instance the English language. The British never introduced English in India to educate the Indian masses. It was introduced with the aim of nurturing a small group of clerical Indians who could serve the British’s interests and act as interpreters. The British left India with a literacy rate of only 16 percent (female literacy rate was 8 percent) showing that they did not really do much to educate the masses. The case of Indian railways is even worse. It was constructed mostly with Indian taxpayers’ money and involved huge corruption – at a time when majority of the population lived in poverty. So unconcerned were the British about Indian needs that during World War I, the railways were abruptly dismantled and shipped out for the Allied war effort.

Although India’s parliamentary system draws much from its British counterpart, Tharoor argues that India did not really inherit democratic values from the British. The prevailing system and values were a result of the efforts put in by the leadership of Nehru, Patel and others. In fact, the British destroyed many systems including local communal governance system that had existed in Indian villages since time immemorial and which was a source of stability and peace in the country sides.

Leave alone achievements, Tharoor argues that the British are responsible for holding back India’s development for a full century. The sheer brutality and ruthless that he has explicitly outlined in the book makes one cringe. The famines that occurred at regular intervals are a case in point. The great Bengal famine of 1770, Madras famine 1782-83, Odissa famine 1866, Bombay famine 1905-06 were all a result of British mismanagement. From 1770 to 1900, these famines claimed the lives of 25 mission Indians. The famines that well continued into the 20th century were even fatal; it was reported to have claimed well over 35 million lives. Instead of helping at such times, the British exacerbated the impact of such events. During World War I, British Prime Minister Winston Churchill deliberately ordered the diversion of food from starving Indian civilians to British soldiers for war.

Tharoor’s book also claims that the religious communalism that is such a big problem in India today was a result of the British’s ‘divide and rule’ policy. Although some level of Hindu - Muslim tensions did exist, the situation was not as grave as it was during independence. Ultimately, the British ended up breaking up India into two parts under the ‘two nation’ theory. But not just partition, Tharoor also talks about more atrocious events before that. Post the 1857 mutiny against the East India Company, the British killed 5000 innocent civilians in Jhansi simply to show their strength. The Jallianwala Bagh massacre features as another dark moment. Such acts of racism and despotism were so high that it was impossible to take account of them all.

So did colonization really bring India some indirect benefits? Not at all. As Tharoor often argues in his speeches and books, Britain owes reparations to India for the damage it did to country.

Over 10 Reportedly Killed In Myanmar Protests By NEW SPOTLIGHT ONLINE 2 days, 6 hours ago

Elections Is Just A Month Away: Alliance Is Making Is Making By Agencies 5 days, 5 hours ago

US Carries out Airstrikes In Syria By Agencies 5 days, 5 hours ago