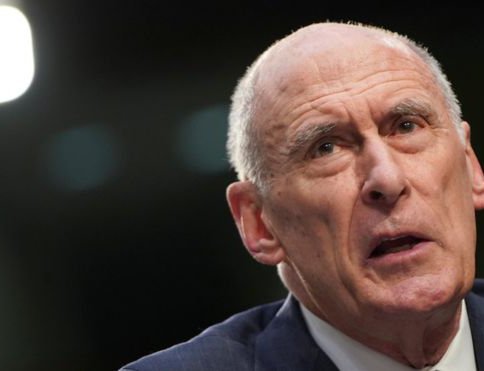 North Korea is unlikely to fully give up its nuclear weapons, a US intelligence report says, despite the hopes of the Trump administration.

The Worldwide Threat Assessment report also says Iran is not making nuclear weapons, but that cyber threats from China and Russia are a growing concern.

Both countries may be seeking to influence the 2020 election, it says.

North Korea remains "unlikely to give up" its weapon stockpiles and production abilities while it tries to negotiate "partial denuclearization steps to obtain key US and international concessions", the report says.

Having nuclear weapons is seen as "critical to regime survival", it reads.

The pair met in Singapore last June to discuss denuclearisation of the Korean peninsula, but little progress has been made since then on the issue. 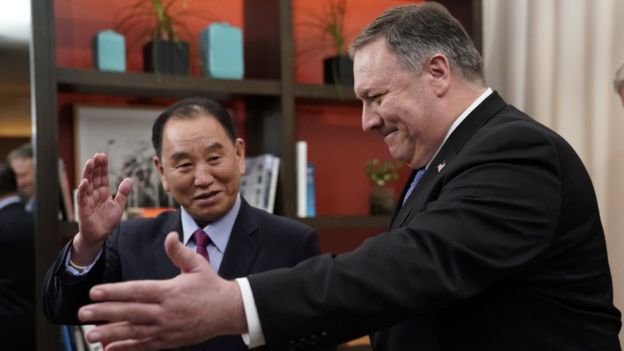 What the report highlights instead is a growing threat from China and Russia, which are "more aligned than at any point since the mid-1950s".

Both countries have sophisticated "cyber espionage" capabilities, which they may try to use to influence the 2020 US presidential election.

The report also says Iran is not currently making nuclear weapons, although it says the country's "regional ambitions and improved military capabilities" will probably threaten US interests in the future.

President Trump withdrew the US in 2018 from a landmark deal on curbing Iran's nuclear ambitions, and has imposed stricter sanctions to try to thwart its actions.

At the Senate hearing CIA director Gina Haspel said Iran was "technically... in compliance" with the 2015 nuclear deal, despite the US withdrawal. 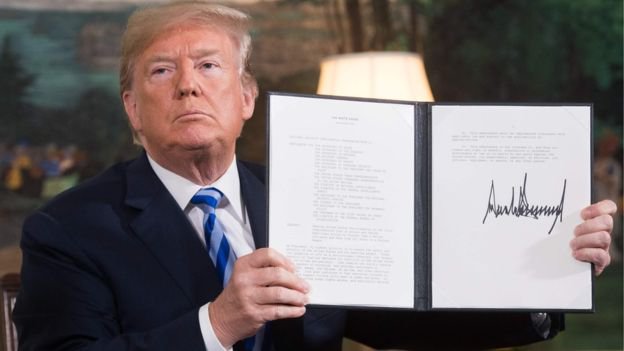 Elsewhere in the Middle East, the report stresses that the so-called Islamic State group (IS) is not yet defeated, despite the Trump administration's claims to the contrary.

While the group will probably not aim to take new territory, the report assesses IS will try to "exploit Sunni grievances, societal instability, and stretched security forces to regain territory in Iraq and Syria in the long term".

President Trump's decision to withdraw US troops from Syria shocked allies at home and abroad. Mr Trump said the group had been defeated.

The administration has since agreed to slow down the withdrawal.

Acting US Defence Secretary Patrick Shanahan however told reporters on Tuesday that IS is close to losing its remaining territory in Syria.

"I'd say 99.5% plus of the IS-controlled territory has been returned to the Syrians. Within a couple of weeks, it'll be 100%," he is quoted as saying.