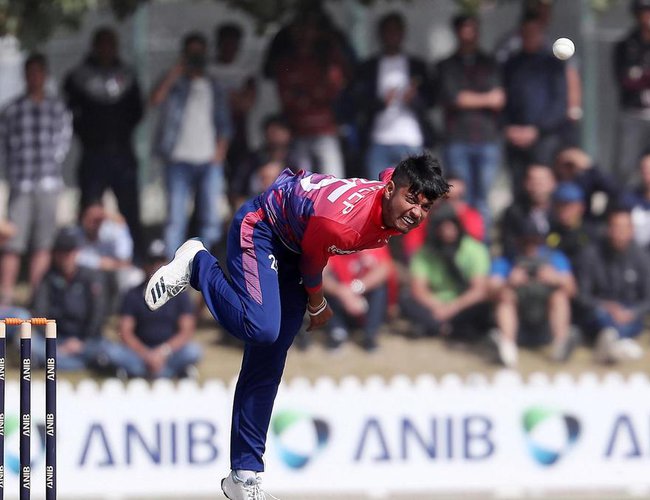 Nepal squared the Twenty20 international series with a four-wicket win over UAE at a packed out ICC Academy in Dubai. Dipendra Airee made 47 not out to take the tourists to victory, as they chased 108 to win with three balls to spare.

UAE were always struggling after their batting misfired again, as it has done with regularity in both formats over the past week.

CP Rizwan, playing his second T20i for UAE, opened and batted through to the 19th over. The fact his score was limited to 44 from 43 balls in that time showed just how tough the going was.

The pitch presumably played its part, but the Nepal bowlers were again impressively diligent. Two of the stars of the one-day series win, Sompal Kami, who took two for 15, and Sandeep Lamichhane, with two for 19, led the way again. Arguably the pick was Abinash Bohara, whose three wickets included that of Rizwan.

Even though they were defending a seemingly meagre total, the UAE’s bowlers approached their task confidently.

Sultan Ahmed, the left-arm spinner who has impressed on his return to the side, took two for nine from his four overs, as Nepal stuttered to 47 for five from 11 overs.

But Airee and Pawan Sarraf then shared the decisive partnership, worth 55, and it was left to Airee to hit six then four to win it in Zahoor Khan’s final over.