Gully Boy Review: This Is A Film To Enjoy

Gully Boy Review: This Is A Film To Enjoy 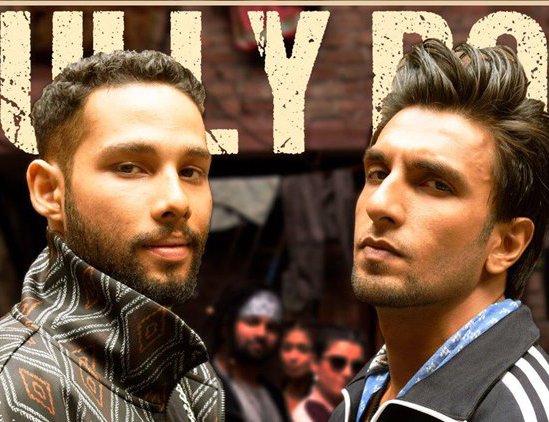 Gully Boy movie rating: Three and a half stars

Gully Boy is the story of a young man breaking free through street rap. Zoya Akhtar, working off a script she has written with Reema Kagti, stuffed with pulsating dialogue by Vijay Maurya and four young rappers, takes this one line premise and runs with it, and gives us a film which shines a light on those who have, over the years, been made invisible in mainstream Bollywood: the minorities, the underclass, the people who have no access to the fancy arcades of wealthy India.

Murad (Singh) lives in a match-box size Mumbai tenement, with his young brother, a put-upon, put-aside mother (Subhash), and a grandmother. His abusive father (Raaz), a driver, has brought home a second wife, not much older than Murad. The only ray of light in his life is the perky, madly-possessive Safeena (Bhatt) whose support keeps him afloat as he bobs along, doing the odd dodgy job for his pal (Varma), trying to figure out the next step. A few of these elements may seem familiar (Eminem’s 8 Mile swims to mind), but Gully Boy is rooted in the Mumbai idiom, and is its own film.

Rap comes to Murad’s rescue. A chance encounter with a performer named MC Sher (Chaturvedi) is like a call to arms: Murad takes to the sound, and the words, using his pain as a weapon. This is a predictable arc, but Singh brings a restrained swagger to the part: there is a gentleness to his anger. His Murad shows that Singh can tamp down on his characteristic boisterousness to create something of value, even though sometimes you can see the effort show.

Bhatt, as the spirited Safeena, is terrific. She’s had a lot of practice being a manic pixie, and last year’s Raazi gave her a chance to spread her wings. In this, she really gets the girl-who-wants-to-be-someone-through-education, the lingo (‘mere boy friend ke saath gulu gulu karegi’) and is all sparkle.

Koechlin, as the America-returned music scholar gives the film a chance to go over to the other side for a few minutes: her bathroom is bigger than Murad’s imagination. But I wish she had more to do. Subhash, as Singh’s mother, plays older than she is, but what a treasure this actress is. Good to see the talented Varma getting bigger parts; Raaz is, as always, wonderful.

But the one who takes this film a notch higher is new face Siddhant Chaturvedi: in places he takes it away from Singh.

My minor quibble with this film is in the ways Akhtar plays safe: the father who is so against his son coming improbably around feels like squaring the circle to keep us happy. Some of the predictable arcs, are, well, predictable.

But, ultimately, this is a film to enjoy. In today’s India, to bring a Murad and Safeena, their Muslim-ness a matter-of-fact statement, into centre-stage, to give traction to those who live on the wrong side of the tracks, is an act of bravery. ‘Inka time aa gaya’. Rap along.