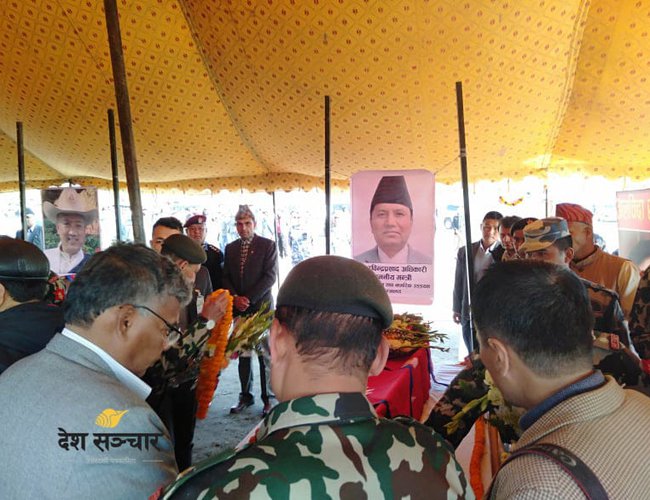 President, Vice-president, Prime Minister, lawmakers among other constitutional bodies’ members have paid heartfelt tribute to the deceased Minister Adhikari including six others who had accompanied the minister.

The bodies of Minister for Culture, Tourism and Civil Aviation Rabindra Adhikari and six others killed in Taplejung helicopter crash have been kept in Tundikhel, Kathmandu for last tributes.