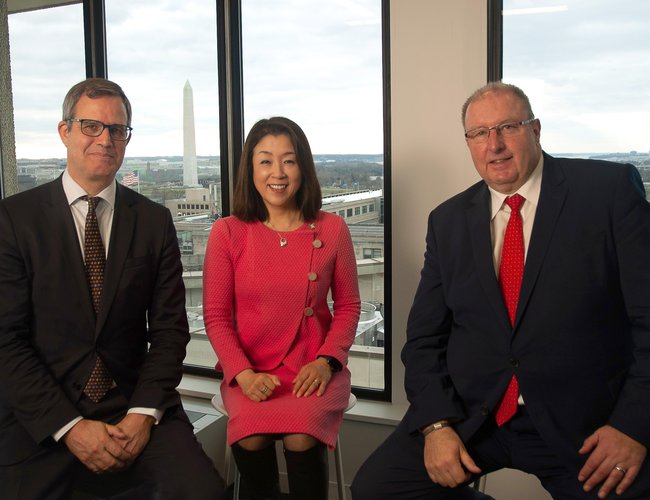 The CEO of the Multilateral Investment Guarantee Agency (MIGA) and two World Bank Group Vice Presidents will join development banks, ambassadors, and hundreds of investors from more than 30 countries at the Nepal Investment Summit on March 29 and 30. The Summit aims to help attract private financing for key infrastructure projects as Nepal undertakes new regulatory reforms.

“Nepal has been a rising star in South Asia with foreign direct investment flows reaching a record high in 2017, and likely to remain an important investment destination in the region. This confirms Nepal’s efforts to improve its investment climate and become a competitive investment destination for multinational companies that want to have an impact,” said Honda. “We stand ready to work with investors and the government to make Nepal a hub for investment in infrastructure that improves lives, leads to sustainable growth and delivers opportunity for its citizens.”

South Asia VP Schafer said: “With 25 projects approaching $3 billion in financing, we are here for the long haul and will continue to support infrastructure development, policy reforms, skills development, and anything required. There is a clear acceptance by Nepal authorities that the country’s prosperity will rely on crowding in the investment from around the world. Not only financial resources, but also technical and managerial know-how, will be critical to realize Nepal’s vast potential.”

Added IFC VP Lankes: “IFC has played a role in creating markets and supporting investments for 60 years. In Nepal, we are looking to scale up significantly our investments in strategic sectors such as hydropower, agribusiness, tourism, and financial inclusion. We are encouraged by the government’s efforts to improve the enabling environment and IFC plans to increase its cumulative investment portfolio to around $1 billion over the next four years.”

Schafer will speak at the Summit’s inaugural session on March 29. Lankes and Honda will deliver special addresses at March 30 sessions on international experience-sharing and financing infrastructure, respectively.

The World Bank Group and Nepal

The World Bank currently supports 25 active investment projects in Nepal with $2.6 billion in commitments from IDA and trust funds of which a significant portion is for policy reforms in the areas of fiscal decentralization, the financial sector, and the energy sector. The indicative resources available under IDA18 (FY2018-2020) are about $1.39 billion, including $300 million from the IDA Risk Mitigation Regime. IFC aims to commit about $800 million to $1.2 billion over the five-year period (FY19 to FY23). MIGA is actively seeking opportunities to support foreign private investment into Nepal.

IFC Nepal focuses on private sector development through provision of financing and advisory services to companies to boost their competitiveness, while expanding financial inclusion and delivering sustainable infrastructure solutions. IFC’s current portfolio in Nepal is $57 million. The budget for advisory support aimed at creating bankable projects and building capacity stands at nearly $16 million.

The World Bank Group (WBG) fielded its first economic mission to Nepal in 1963 to assess the country’s development prospects and challenges. It approved its first credit in 1969 for a telecommunications project. Since then, the World Bank has provided Nepal $4.75 billion in assistance ($3.48 billion in credits and $1.27 billion in grants).

TRISHULI RIVER BASIN Call For Protection By A Correspondent 1 week, 1 day ago