The United States Remains A Preferred Choice For Nepali Students 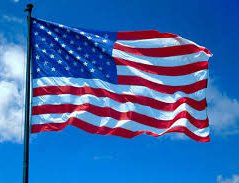 Although large numbers of Nepalese are going abroad for their study in different parts of the world annually, the United States remains a preferred choice for Nepali students.

The report shows the number of Nepali students studying in the United States remained strong and the U.S. is still a preferred choice for Nepali students who plan to study abroad. Nepal ranks 12th in both undergraduate and graduate students in the U.S., totaling 13,229.

The total number of Nepali students decreased marginally over the prior year, but the number of undergraduate students and students pursuing optional practical trainings increased. According to the report, a total of 1.09 million international students enrolled in the United States in the 2018/19 academic year – an all‐time high.

“We are happy to see the continued growth in the number of international students in the United States and U.S. students studying abroad,” said Marie Royce, Assistant Secretary of State for Educational and Cultural Affairs. “Promoting international student mobility remains a top priority for the Bureau of Educational and Cultural Affairs and we want even more students in the future to see the United States as the best destination to earn their degrees. International exchange makes our colleges and universities more dynamic for all students and an education at a U.S. institution can have a transformative effect for international students, just like study abroad experiences can for U.S. students.”

In support of IEW 2019, the U.S. Embassy in Nepal, with its partner organizations, The United States Educational Foundation Nepal, Kathmandu University, and the American Center will host a series of events. Featured events include: ‘Get Inspired’ programs, a Higher Education Administrator Workshop, a Nepali alumni of U.S. universities presentation, a student visa presentation, a webinar, and an online college fair. An education mela will conclude the week of activities promoting U.S. higher education and exchange opportunities for Nepali students.

Although Nepal has been spending huge amount of foreign exchange to pay to fee in universities around the world, United States is still cheaper and favorable for students to pursue quality education.

India To Fund Rs 530 Million For Reconstruction of 25 Health Posts In Nepal By NEW SPOTLIGHT ONLINE 10 hours, 36 minutes ago

Girls Under18 Represents 20 Per Cent Among Women Undergoing Safe Abortion In Karnali By Agencies 3 days, 22 hours ago

SC Concluded Hearing On Dissolution Of House Of Representatives By Agencies 6 days, 23 hours ago

India Has Supported Reconstruction Of School Building In Bageshwori By NEW SPOTLIGHT ONLINE 1 week, 1 day ago