Almost all of the participants unanimously agreed that the license given to GMR for Upper Karnali Hydropower construction is not in the national interest. 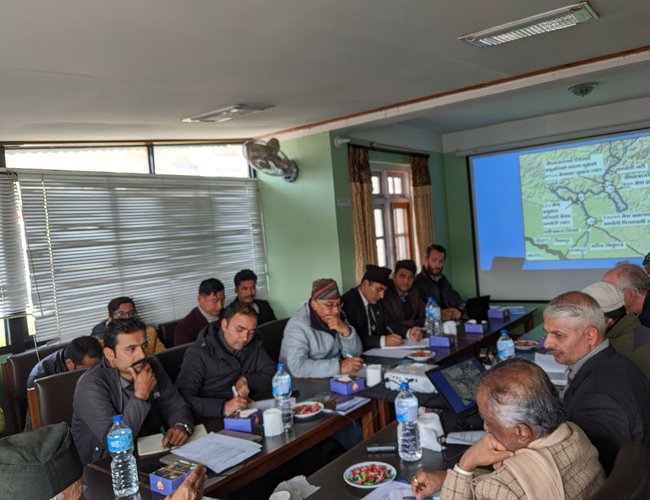 Many people know that Karnali river, the lifeline of Karnali Region, has lots of potentialities. But what should come in mind before utilizing this vast potentiality? Nepal Water Conservation Foundation for Academic Research (NWCF), a water-based research institute based in Kathmandu, with support from Nepal River Conservation Trust (NRCT) had organized an Expert Consultation Program on Karnali River Development and Conservation on 20th December 2019. Various participants who were somehow related to Karnali River or Water Conservation, in general, participated in the event.

Speaking at the program, almost all of the participants unanimously agreed that the license given to GMR for Upper Karnali Hydropower construction is not in the national interest. One of the participants said that he, with some other eminent personalities, had written a formal and open letter to Nepalese and Indian Prime Ministers regarding revoking of license given to GMR citing that it is not in the national interest of both the participating countries. One of the participants argued, “On Magh10, 2064 an agreement was done between GMR and Upper Karnali to produce 300 MW. Two years later on Poush 3, 2066, the Nepalese Government gave another permission to increase the capacity to 900 MW without consultation.” There are some cases that highlight the suspicious nature of the government. The participants said that the PDA with GMR was not disclosed until Ratan Bhandary, an environmental activist, went to RTI for full disclosure of the PDA. So, if the PDA was transparent and fair, why somebody had to file a case in the RTI regarding full disclosure of the PDA? According to the PDA, the company had to provide funds within 2 years of signing PDA. It could not provide funds so the timeline was extended to another 2 years. Now the 2 years have also ended. Now the government is thinking of extending it further, one of the participants said. 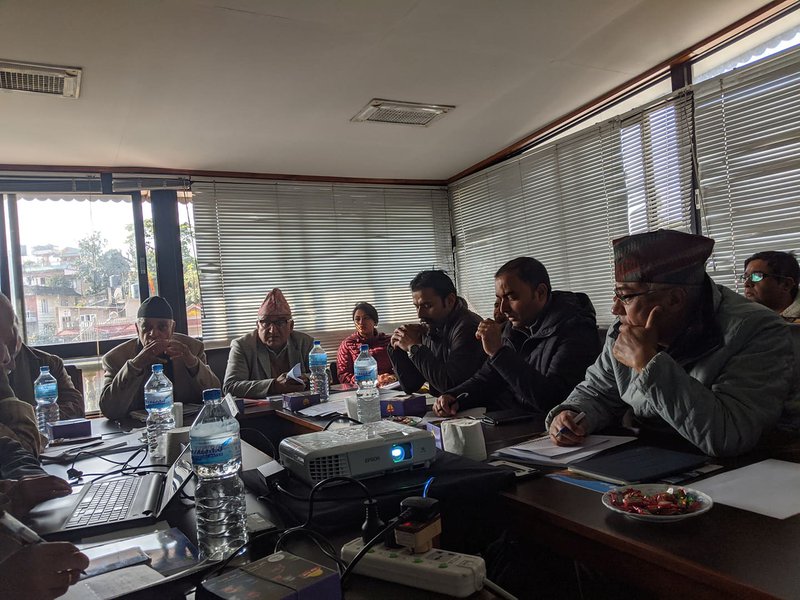 Many people agreed that Nepal Government is helping GMR to earn money by not revoking the license. Some of the participants also asked the government to focus on some other projects in the Karnali basin, not only Upper Karnali. One participant said that the government should instead focus on the Betan Karnali Hydropower Project. If Betan Karnali HEP is made there is no need to make Upper Karnali. So license given to Upper Karnali will itself be of no use. Dr. Hari Pandit, a Professor of Pulchowk Campus, said that the Karnali river has the biggest potentiality in terms of hydropower generation because there is no GLOF (Glacial Lake Outburst Flow) threat in the Karnali River Basin. He said that there is a dam site which is 2 KM north of the current dam site of Upper Karnali which has more hydropower potential (around 4000MW). He asked instead to focus on this area for hydropower generation. As far as the Upper Karnali HEP is concerned, he said that it not financially feasible. “According to the agreement, the project has to give 12% free energy and 7% royalty to the Nepal Government. After generation, it has to give 27% free equity. So, altogether it has to give away 47%. In this condition, no financial institution is ready to invest in this project,” he said.

Many participants, on the other hand, said that the Karnali River should be kept pristine. The argument was that people should consider Karnali River Conservation as a holistic concept, and not from a single hydropower lens. Megh Ale, a river conservationist stressed on four factors that should be considered holistically. Firstly, the river should be conserved for tourism purposes. Secondly, agricultural productivity should be boosted in association with post-harvest technology such as branding and packaging. Thirdly, we should focus on industrializing the cottage based industries in the Karnali region. And lastly, we should generate energy to fulfill the domestic demand first and then only for export.

Dipak Gyawali, a renowned water expert stressed on good engineering practice and said that we only oppose bad development and support good development -- rightly between KUBIKAS (Mal Development) and SUBIKAS (Apt Development) in his words. As far as hydropower generation is concerned he said, “If substantial energy is generated from the tributaries, let’s focus on that.” He also stressed the need for organizing such a dialogue to find a meeting point between opposing thoughts regarding Karnali River management.

Whatever the consensus, there is an immense need to organize such dialogues to have an interaction. The participants’ general opinion was that the Karnali Region is a large chunk of land full of opportunities. Now how to utilize that is up to us. Should we focus on hydroelectricity or other areas? Now there are lots of other energy sources such as solar energy which is gaining popularity. In this context, is it feasible to focus only on hydropower generation? What if our hydropower does not get the desired value in the international market? Therefore we should focus on domestic consumption first and think accordingly. However, we should also develop the Karnali region from a holistic perspective and oppose bad development looked on from a single lens. In other words, we should focus on SUBIKAS (Apt Development) and oppose KUBIKAS (Mal Development).