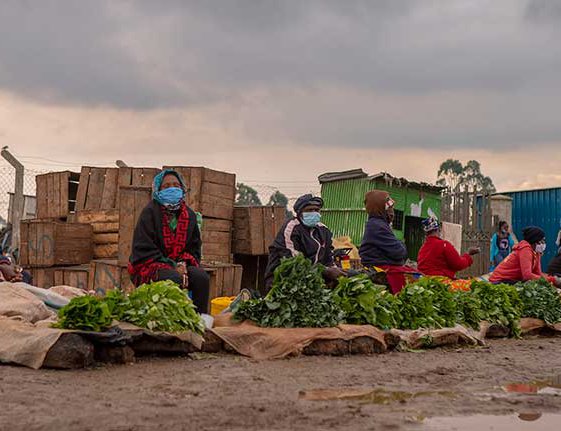 UN Secretary-General calls for immediate support for at-risk workers, enterprises, jobs and incomes in new Policy Brief on the World of Work and COVID-19, prepared with the ILO.

Almost all of the world’s workers, some 94 percent, were living in countries with some type of workplace closure measures in place in May 2020, according to the UN Secretary-General’s Policy Brief on the World of Work and COVID-19 .

Massive losses in working hours, equivalent to 305 million full-time jobs, are predicted for the second quarter of 2020, while 38 percent of the workforce – some 1.25 billion workers – is employed in high-risk sectors.

The Brief says small and medium-sized enterprises – the engine of the global economy – are suffering immensely and many may not recover. Those living in developing countries and fragile contexts face the most dramatic risks, in part because they have the least resilience.

The Policy Brief, which is based on data and analysis from the International Labour Organization (ILO), warns that many of those people who have lost their jobs and livelihoods in recent months will not be able to re-enter labour markets any time soon.ILO

Women have been particularly hard hit. They are disproportionately represented in high-risk sectors and are often amongst the first to lose employment and the last to return. Persons with disabilities, already facing exclusion in employment, are also more likely to experience greater difficulties returning to work during recovery.

“The world of work cannot and should not look the same after this crisis. It is time for a coordinated global, regional and national effort to create decent work for all as the foundation of a green, inclusive and resilient recovery."

The Policy Brief says the socio-economic impact of the pandemic is falling disproportionately on those who were already in precarious circumstances and who can least absorb the additional blow. The approximately two billion people working in the informal economy – often without rights at work and social protection – suffered a sixty percent decline in earnings in the first month of the crisis alone.

Young people account for more than four in ten of those employed in hard-hit sectors, globally. Combined with disruption to education and training, this places them at risk of becoming a ‘lockdown generation’ that will carry the impact of this crisis for a long time.

“The COVID-19 pandemic has turned the world of work upside down. Every worker, every business and every corner of the globe has been affected,” said UN Secretary-General, António Guterres.

The Secretary-General called for action on three fronts:

Second, a greater focus on both health and economic activity after lockdowns ease, with workplaces that are safe, and rights for all.

Third, mobilization now for a human-centered, green, sustainable and inclusive recovery that harnesses the potential of new technologies to create decent jobs for all, and takes advantage of the creative and positive ways companies and workers have adapted to these times.

“The world of work cannot and should not look the same after this crisis. It is time for a coordinated global, regional and national effort to create decent work for all as the foundation of a green, inclusive and resilient recovery,” the Secretary-General said.

ADB PROJECTION: Nepal To Grow By 3.1% By A Correspondent 5 hours, 35 minutes ago

Dordikhola To Generate 27 MW Electricity From Mid-July By Agencies 6 days, 15 hours ago