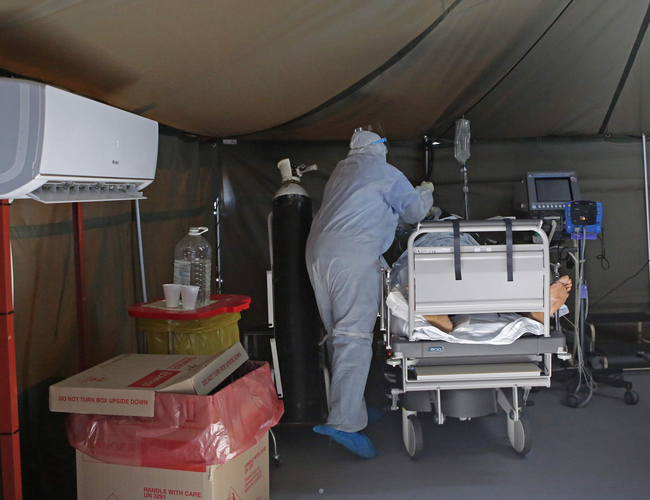 Confirmed COVID-19 cases have passed 36.4 million globally, with over one million fatalities and more than 25.3 million recoveries, according to the latest tally from Johns Hopkins University.

The World Health Organisation on Thursday reported a new record one-day rise in global coronavirus cases.The new total rose by 338,779 in 24 hours beating the previous record of 330,340 reported on October 2.

U.S. President Donald Trump returned to the Oval Office on Wednesday while still recuperating from COVID-19. White House physician said Thursday that Trump has completed his course of therapy and could return to public engagements on Saturday.

Brazil, the world's third worst-hit country from COVID-19 after U.S. and India, surpassed five million coronavirus infections on Wednesday, and neared 150,000 deaths from the disease.

The World Bank said in a report that economic crisis caused by the coronavirus pandemic could plunge up to 115 million people into extreme poverty this year.

U.S. President Donald Trump's physician said on Thursday that the president has completed his course of therapy for the coronavirus, and has remained stable since returning to the White House, and could return to public engagements on Saturday.

India's total number of confirmed cases reached 6,835,655 and the death toll rose to 105,526 on Thursday as 78,524 new cases were detected and 971 patients died during the past 24 hours. More than 83 million tests had been conducted across the country out of which nearly 1.2 million tests were conducted on Wednesday alone.