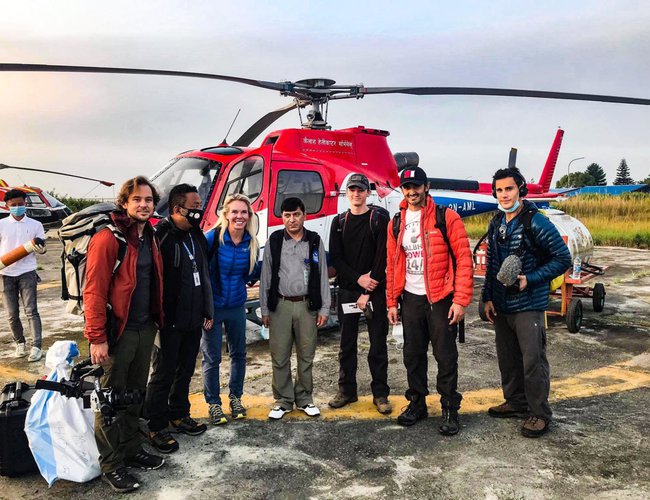 Prince of Qatar Sheikh Mohammed bin Abdulla Al Thani and his team boarded their flight with Kailash Helicopter to Lukla for an expedition of Mt Amadablam reports The Himalayan Times.

According to the Daily, Al Thani, the first Qatari to scale all seven summits, had also scaled Mt Everest on May 22, 2013, in part to raise US dollar 1 million for ROTA’s education projects in Nepal.

“Himalayan Guides will have more than 12 members in the expedition team,” he said. Among them, Kenton Cool has already climbed Mt Everest for the 14th time breaking his own British record for the most summits of the world’s highest peak while Garrett Madison, owner of Madison Mountaineering has also climbed Mt Everest 10 times. British climber and six-time Everest summiteer Tim Mosedale and Jon Gupta, owner of Mountain Expeditions Worldwide High-Altitude Guide in the UK will also be attempting climb Mt Amadablam, according to Poudel the daily reports.

Everest Is Ready For Climbing By Agencies 1 month, 1 week ago

Climbers Continue To Summit Mt. Everest By Agencies 12 months ago