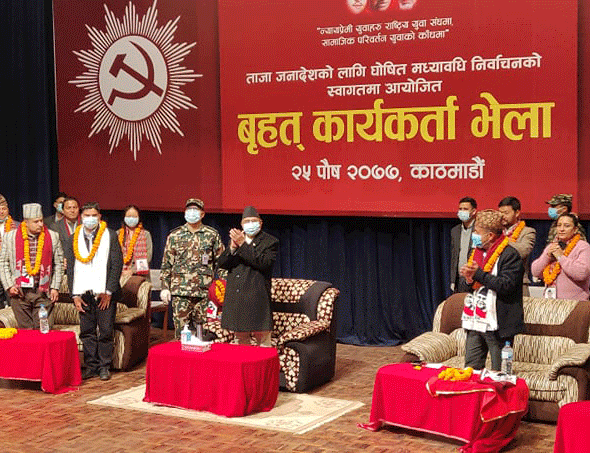 Prime Minister and Chairman of ruling Nepal Communist Party (NCP) KP Sharma Oli urged the former chief justices of the Supreme Court to respect the dignity of the judiciary.

Addressing a meeting organised by Youth Association Nepal, he said, “People who had already held the responsibilities at the Supreme Court should abstain from influencing the court,” he said.

He said that it was not appropriate for people like the former chief justices to try to influence the court by unfair means.

On Friday, four chief justices Min Bahadur Rayamajhi, Anup Raj Sharma, Kalyan Shrestha and Sushila Karki had issued a statement stating that the constitution had not given right to the executive head to dissolve House of Representatives.

“There is no provision for the HoR dissolution except for the formation of Council of Ministers in Article 76 of the constitution and the House was dissolved on the basis of an article which is inapplicable,” they said.