With Surge Of Coronavirus In India, Thousands Of Nepali Migrant Workers Returning From India

With Surge Of Virus India, Thousands Of Nepali Migrant Workers Returning From India 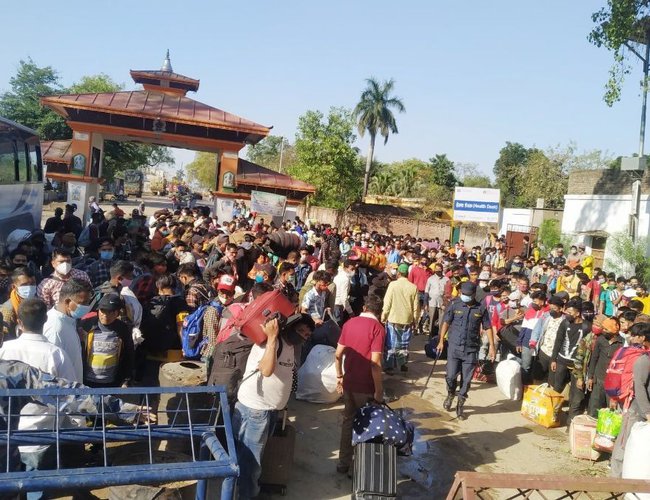 The number of Nepalis returning from India via Jamunaha border point has been increasing daily due to a massive surge in India's COVID-19 tally reports The Rising Nepal.

According to daily, the police force deployed at the border time is having a hard time making arrangements to send the India-returnees to their respective districts, as thousands of Nepalis are returning every day. 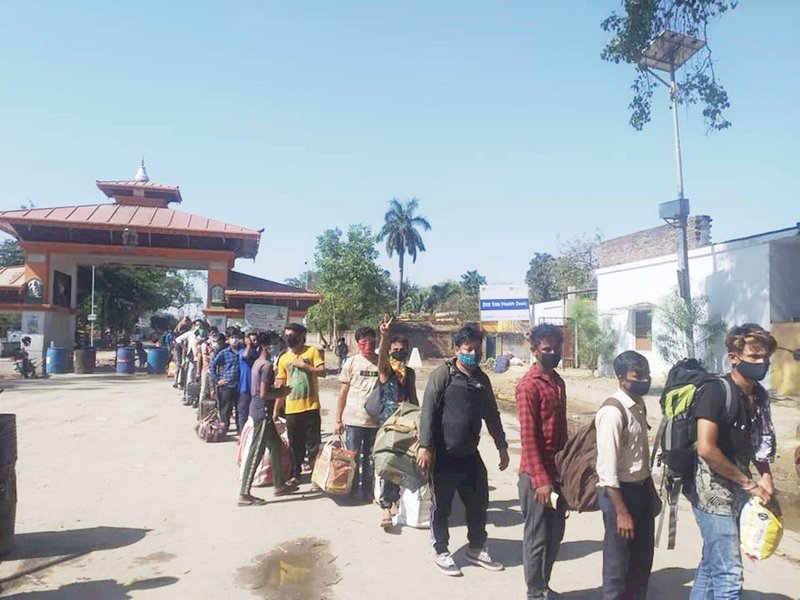 "It is being difficult for Nepal Police and Armed Police Force to properly manage the crowd of people returning from India," said Sub-Inspector Bishnu Giri, chief of Jamunaha Police.

Similarly, Police Inspector Dilli Bahadur Khadka, chief of Ward Police Office, Nepalgunj, said, "As Nepalgunj is in shutdown due to spiking virus infection rate, we have been coordinating with transportation entrepreneurs to send the returnees their home districts." 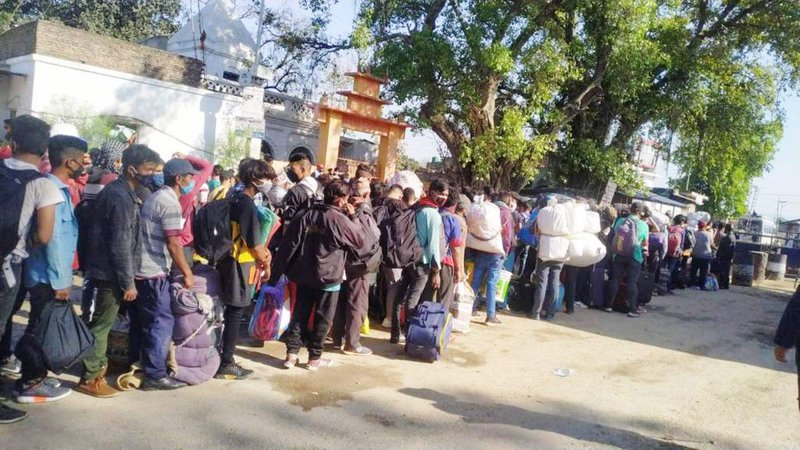 Chiranjibi Gyawali, health desk in charge at the Jamunaha border point said that each person returning from India was being sent to Nepal only after conducting their health checkup. "Body temperature of everyone coming from India is measured and if any symptom of the virus is seen in anyone, then antigen test is conducted on him/her," he added.