After almost 14 years, Upper Tamakoshi project has finally started the process of testing and commissioning 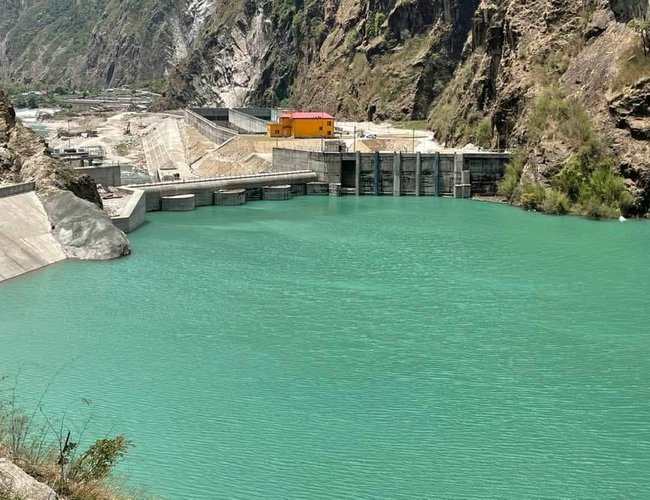 “Encouraging the ‘Rolpali’ Welder who is working day and night in the unfortunate place of Tunnel Adit Gate days before filling water in the tunnel,” writes Bigyan Shrestha, CEO of Upper Tamakoshi Hydropower Company Ltd, on his Facebook wall.

Having been involved in the country’s mega-project from the very beginning and working as a CEO for the last nine years, the comment of Shrestha, who rarely makes such comments on social media, indicates how the entire project team has been working day and night in the site.

His comment appeared in the media a day before the starting of filling the water on the dam site. This also shows the confidence of the project to commence power generation within a month.

Minister for Physical Infrastructure and Transport Bashanta Kumar Nembang and Minister for Communication and Information Technology Parbat Gurung released the water by pressing the switch to open the left and right intake gates on Thursday, April 30. Secretary at Ministry of Energy, Water Resources and Irrigation Devendra Karki and NEA’s MD Hitendra Dev Shakya were also present.

Dr. Ganesh Prasad Neupane, the spokesperson of the project, informed that water will be sent to the tunnel from the same day as the reservoir of the project is full. “The work of the project has almost started for testing,” said Neupane. “The main tunnel will be tested by sending water soon.”

The project has started preparations to generate 76 MW of electricity from the first unit by mid-May. He said that the work of penstock connection in the vertical tunnel and a lower vertical tunnel is in the final stage. Successful technical testing of hydro-mechanical equipment such as dams, intakes and other civil structures including gates and stop-lugs has been successfully completed in the reservoirs and descender ponds.

For the last two months, Shrestha, CEO of Upper Tamakoshi Hydropower Company Ltd, has been on a hectic but careful mission in monitoring, directing and encouraging the workers to complete the task of the megaproject in the schedule.

After releasing the water to the tunnel by two ministers, the process of testing and commissioning of infrastructures of civil and hydro-mechanical work, including gates, manholes, valves and penstock pipes has begun. They will go for a dry test and then there will be a wet test of the Diversion Dam, Settling Basin, Headrace Tunnel, Penstock (Vertical Shaft and Horizontal Tunnel), Power House (Underground), and Tailrace Tunnel.

Following this, there will be testing and commissioning of each of the six units. This is a very lengthy and complicated technical process. If everything goes well, Upper Tamakoshi Hydropower Project, being constructed in Lama Bagar, Bigu Rural Municipality–1, is set to begin generating electricity from May 24.

Faced with all kinds of trouble including the major earthquake, the project was virtually in the collapsing stage following the earthquake in 2015 when the road to the head was destroyed.

In the wave of celebration, former MD Kulman Ghising had taken some crucial decisions to revive the project and accelerate the speed. Backed by then minister of Energy Janardan Sharma Prabhakar and Secretary Anup Kumar Upadhyaya, MD Ghising supported CEO Shrestha in his mission.

The 456-megawatt project, which is being built with domestic investment, carried out a test by releasing water into the main waterway. According to Tamakoshi Hydropower Company, tunnel filling will take 10-12 or more days and it will complete by May 11. “We will run the turbine following filling water. It was delayed due to obstacles created by Hydro-mechanical contractor.”

“There are some problem areas, which are continuously monitored. The unit will be run on May 12. The first unit may generate electricity from May 24. NEA is very sorry that expectation is postponed every time but it is trying its best,” said a senior official at NEA.

Dr. Neupane, the spokesperson for the project, said that all aspects of the waterway, reservoir, and tunnel pipes would be minutely tested and if there are no complications, the civil and hydro-mechanical tests of the hydropower project would be completed by May 12. “Then, we will move on to the electromechanical tests which will be completed within 10 days,” he said.

The reservoir of the 456 MW Upper Tamakoshi Hydropower Project – a national pride project— which is in the final stage of production, has been filled and water from the reservoir has been released in the tunnel.

The project, which is preparing for production in mid-May, has filled the dam with water for the main tunnel and penstock test.

For Nepal, Upper Tamakoshi will be the second mega project after Melamchi to complete. 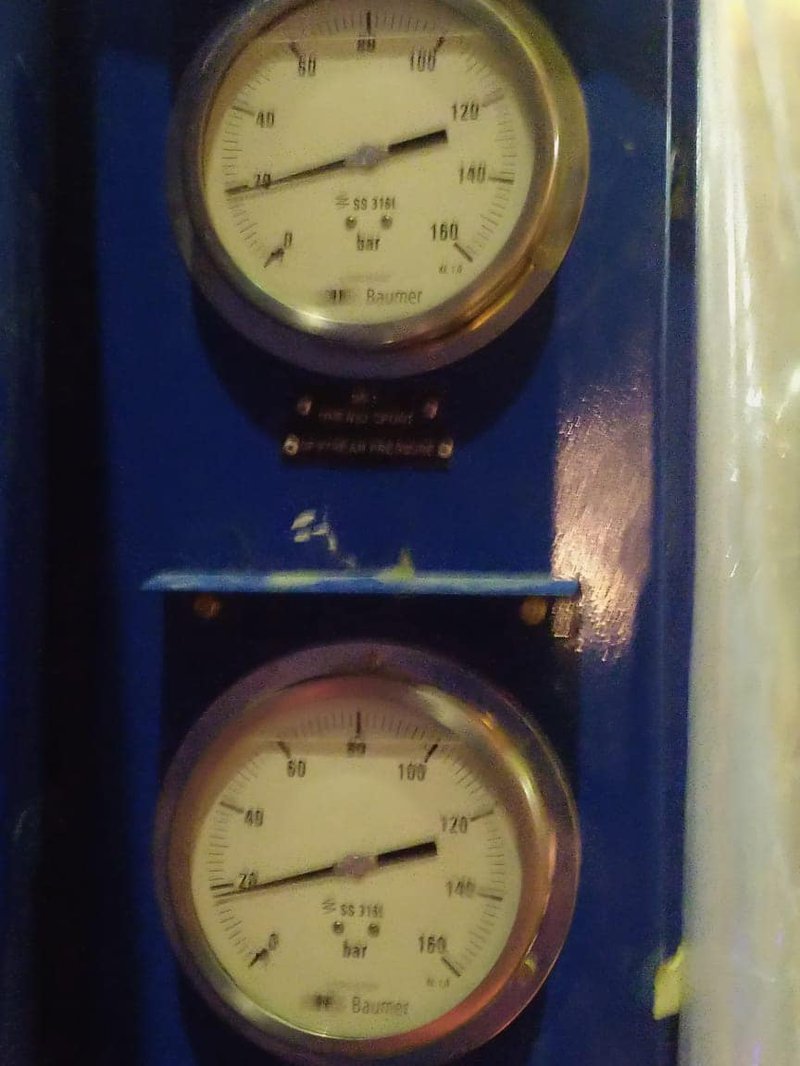 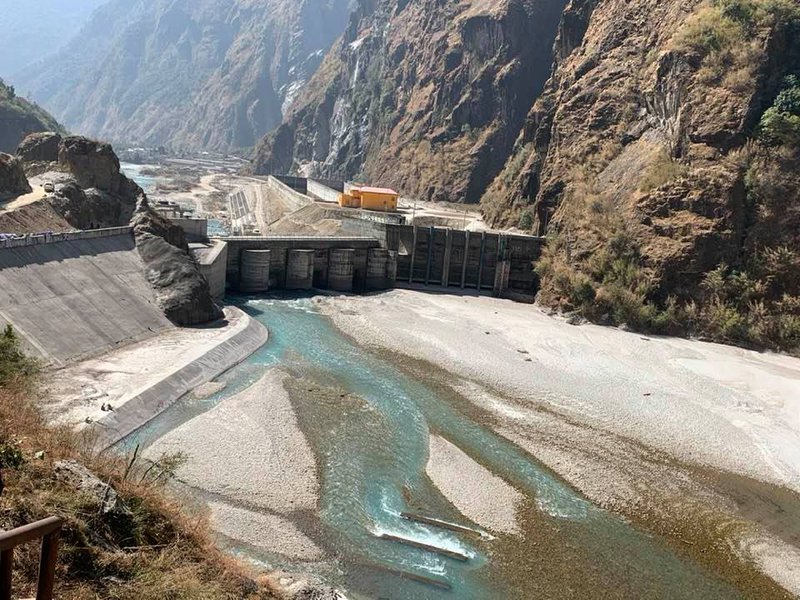 Photo From Bigyan Shrestha’s Facebook; Clips of UTK reservoir before and after water filling. Now, we are in process of wet test and commissioning of the main shut-off valve(MSOV). Penstock pipe has been filled up to 18 bar (approx 180 m head). Its gross head is 822 m and Dam height is 21 m. Yet to fill up to 822 m.