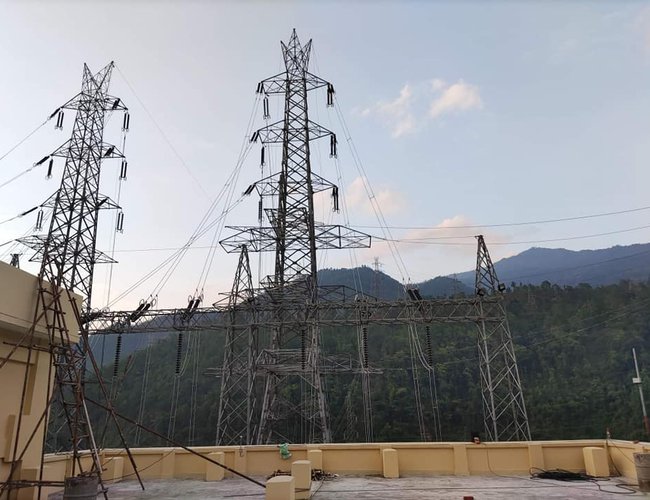 As the government has prioritised the development of energy sector, the construction of Samundratar-Trishuli 3 ‘B’ Centre 132 KV Transmission Line has been completed.

Completion of this project is regarded as a great achievement at a time lack of transmission lines in the country was creating huge challenges in power supply even if the development of the hydropower projects.

Prime Minister KP Sharma Oli on Saturday had inaugurated the project. The 26-kilometer transmission line from Trishuli 3 ‘B’ construction site at Kispang rural municipality could transmit electricity up to 270 megawatts. The centre started from Samundratar of Dupcheshwor Rural Municipality in Nuwakot district.

A total of 60-megawatt power produced from 10 hydropower projects of the private sector from Tadi Khola and its tributaries could be connected to this transmission line. Out of 26 kilometers transmission line, three kilometers is multi-circuited. Two transformers of 30-MVA capacity towards 132/33 KV have been connected at Samundratar sub-station.

Similarly, two transformers of eight-MVA capacity towards 33/11 KV have also been connected at the Samundratar sub-station.

Executive Director of Nepal Electricity Authority, Hitendra Dev Shakya, said the problem of a power outage at the eastern part of the Nuwakot district would be resolved as power would be supplied therefrom the sub-station.

The project was constructed at the investment of the government of Nepal and a concessional loan of Asian Development Bank and European Investment Bank. The total investment of the transmission line and sub-station was Rs 155 billion.

Inaugurating the project, Prime Minister Oli said the government was moving ahead in order to develop a situation to meet the country’s power demand from its own production.

NRB'S DECISION Surrounding Controversy By A Correspondent 2 days, 3 hours ago

NEPALESE ECONOMY Growth 5 Percent By A Correspondent 3 days, 1 hour ago