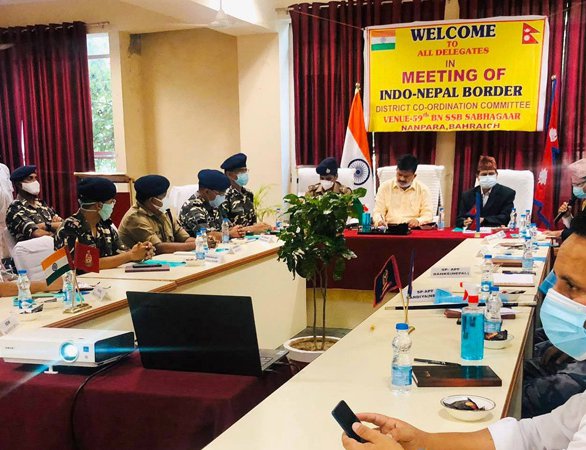 A meeting between the security officials of Banke district in Nepal and Bahraich district of India has concluded. The two districts lie along the Nepal-India border.

“We decided to continue implementing strict measures on cross-border movement amidst the COVID-19 pandemic and to coordinate in preventing cross-border crimes,” said CDO Gelal.

As per Gelal, the meeting also aimed to introduce officials of both sides since new chief district officers and police chiefs have been appointed recently in both districts. Officials from the Bardiya district also attended the meeting.

Government To Deploy Nepali Army During The Elections By Agencies 7 hours, 7 minutes ago