Over 700 Died From 7.2-Magnitude Earthquake In Haiti

Over 700 Died From 7.2-Magnitude Earthquake In Haiti 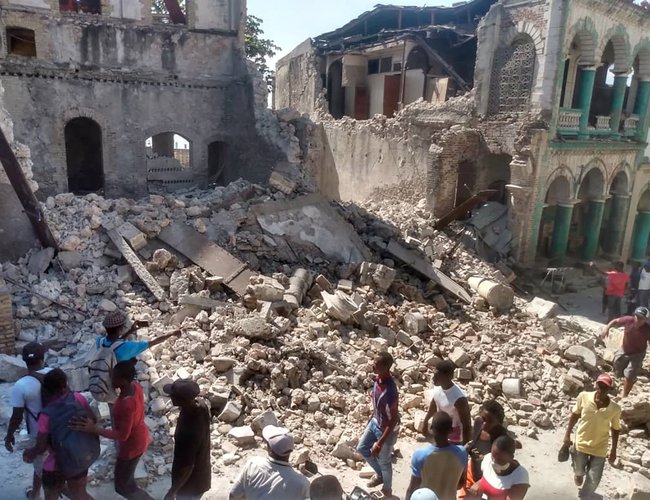 The Haitian government declared a state of emergency after a 7.2-magnitude earthquake struck the country Saturday, leaving at least 724 people dead and injuring another 2,800, according to Haiti's civil protection agency.

The majority of deaths occurred in the south of the country, where 500 people are known to have died. The quake destroyed 2,868 homes and damaged another 5,410, officials from the agency said. The destruction has also pushed hospitals to the brink and blocked roads that would carry vital supplies.

"When it comes to medical needs, this is our biggest urgency. We have started to send medications and medical personnel to the facilities that are affected," Prime Minister Ariel Henry said. "For the people who need urgent special care, we have evacuated a certain number of them, and we will evacuate some more today and tomorrow."

Death Toll Tops 7,000 In Quake-hit Turkey And Syria By Agencies 20 hours, 29 minutes ago 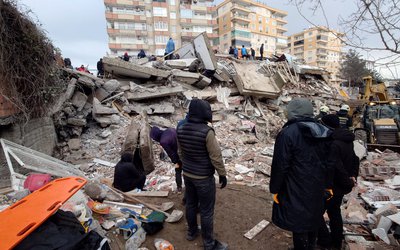 Search Operation Continue In Turkey To Find Survivors Of Earthquakes By Agencies 1 day, 20 hours ago

Earthquake In Doti: Nepal Army Is In Rescue Operation, 200 Aftershocks So far By NEW SPOTLIGHT ONLINE 3 months ago

Earthquake In Sudur Paschim: Six killed In Doti By Agencies 3 months ago