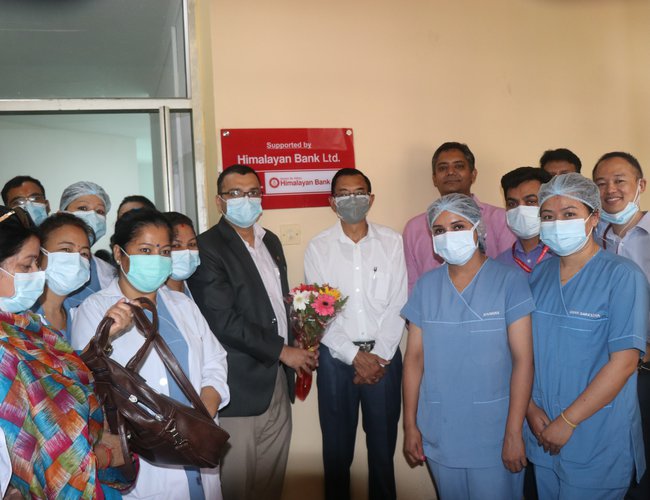 Himalayan Bank Limited under its Corporate Social Responsibility has renovated and handed over the ward of Shahid Gangalal National Heart Centre Bansbari, Kathmandu.

The Bank has provided financial support to the hospital worth Rupees six Hundred Ninety-Two Thousand Nine Hundred Sixty-Two to renovate and maintain their General Ward so that the hospital could provide better services to its patients. It had been difficult for the patients and the medical team to provide better medical service due to the degraded condition of the Ward.

The ward has been jointly inaugurated by Sushiel Joshi, General Manager of the Bank and Chandra Mani Adhikari, Executive Director of the Hospital. The inauguration ceremony has been attended by Mr. Abhaya Bahadur Shah, Branch Manager, Maharajgunj, Himalayan Bank Ltd along with other staffs of the Bank as well as Hospital.