Following the completion of testing and commissioning of all its units, Upper Tamakoshi has started to run in its full 456 MW capacity from September 9 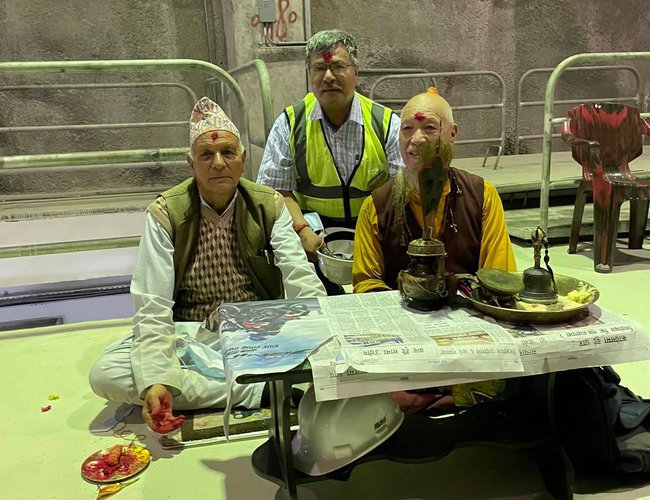 Facing several challenges and crisis over the years, 456 MW Upper Tamakosi Hydropower Project has finally completed. Leading the Upper Tamakosii Hydropower Ltd as its Chief Executive Officer (CEO) during the entire of its critical period, Bigyan Shrestha finds a high satisfaction and relief in its completion.

Preferring to work quietly, concentrating on the project, CEO Shrestha has been a man of hard work and results. As the project successfully completed testing of its last unit, Shrestha, CEO of Upper Tamakosi Hydropower Ltd, has announced that the commercial operation date (CoD) for entire plant was 9 September 2021 (24 Bhadra 2078).

“As a result of Dhalkebar-Mujjafarpur 400 kV tie line between Nepalese and Indian grids, no supply disruptions occurred during test,” said CEO Shrestha. “The 456 MW ‘Load Rejection Test’ of UTK has been completed successfully. This is the last and important test of the entire project. The test started with worshipping from Hindu guru and Buddhist monk,” writes Bigyan Shrestha, CEO of Upper Tamakosi Hydropower Ltd, on Facebook.

The project, which was under construction in Bigu Rural Municipality-1, Lama Bagar in Dolakha district for the past 10 years, has reached the stage of commercial production from all six units.

Six units of 76 MW each have been connected to the 456 MW project constructed under domestic investment.

Earlier, the first unit of the project had started generating 76 MW of electricity commercially from 5 July 2021.

Although the project runs at full capacity from morning to evening and during peak hours, it is planned to run only as per the need at night, Shrestha said.

The project was started for the first time on April 28 by channeling water into the tunnel.

The electricity generated by the project is connected to the newly constructed 220/132 KV New Khimti substation at Phulasi in Manthali Municipality-13 of Ramechhap through a 47 km long 220 KV double circuit transmission line.

The New Khimti Substation is connected to the Nepal Electricity Authority's 400 KV substation at Dhalkebar.

This project of 822 metres head and daily picking run of the river will be able to operate at full capacity for four-and-a-half hours even in the dry season. The project will generate 2.28 billion units of electricity annually, Shrestha said. 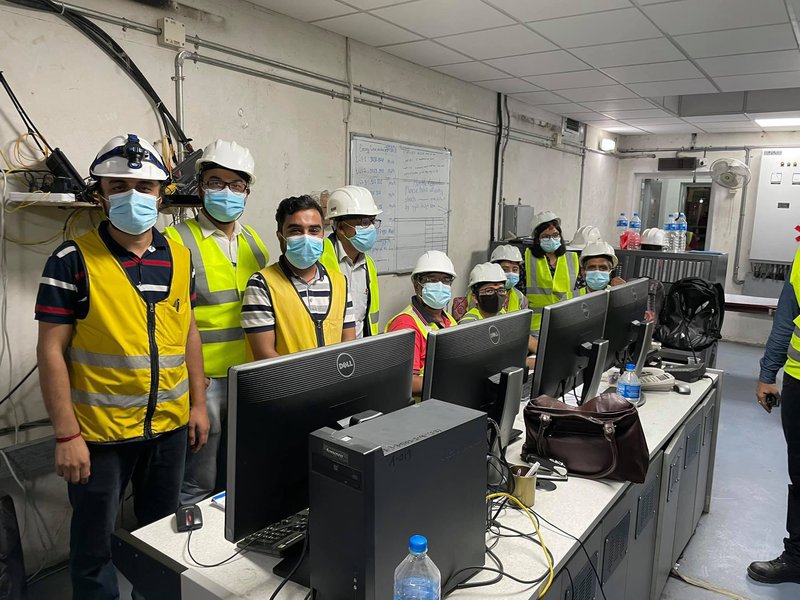 From September 9, Upper Tamakoshi was set to supply 456 MW electricity to national grid and start generating income. This will be a game changer in the country’s economy, project’s status and electricity supply.

Although some question the cost of the project, they are ignoring its contributions to the overall development of northern Dolkha, construction of all weather roads to reach the border to China and opening of the private parties to invest to harness the rivers of Dolkha.

MD GHISING Leakage To Single Digit By A Correspondent 3 days, 2 hours ago