Cyclone Gulab Will Likely To Bring Partial Effect in Nepal:

Cyclone Gulab Will Likely To Bring Partial Effect in Nepal: 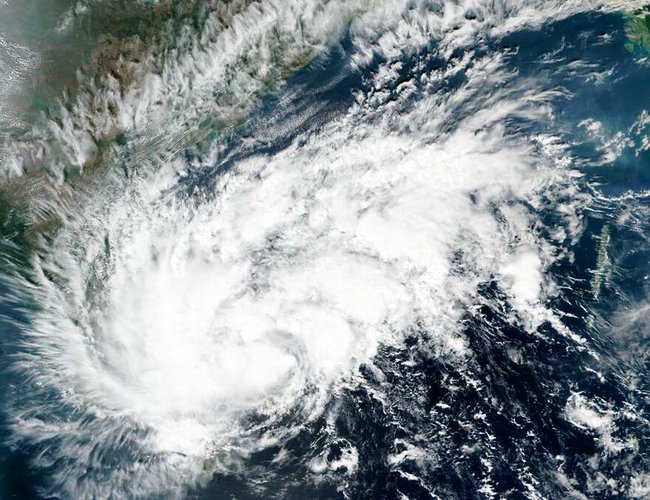 As on Monday morning, the deep depression associated with cyclone Gulab was located 65 kms south of Jagdalpur in Chhattisgarh and 150 kms east-northeast of Bhadrachalam in Telangana. The Gulab cyclone will also affect the weather of Nepal.

Indian Media reports that cyclone Gulab, which has turned into a deep depression after crossing the coast of Andhra Pradesh on Sunday evening, could give birth to a fresh cyclone in the Arabian Sea.

The India Meteorological Department (IMD) on Monday said that the present system will be given a new name if the wind speed touches 68km/hr. If this happens, it will only be the third such instance since 1996 when a cyclone after making landfall would further strengthen and re-emerge as a fresh system of ‘cyclone’ category in the North Indian Ocean region.

As on Monday morning, the deep depression associated with cyclone Gulab was located 65 kms south of Jagdalpur in Chhattisgarh and 150 kms east-northeast of Bhadrachalam in Telangana.

“This system will further weaken into a depression by Monday evening and move westwards near north-east Arabian Sea, close to Gujarat coast,” the IMD’s cyclone bulletin said.

The system would traverse along Telangana, Maharashtra and reach close to the Gujarat coast before possibly re-emerging on September 30, and will bring heavy rainfall in its wake. The Met department has issued ‘red’ and ‘orange’ alerts for meteorological subdivisions covering coastal Andhra Pradesh, Telangana, Vidarbha, Marathwada, madhya Maharashtra, Konkan, Goa and Gujarat till Tuesday.

DoHM Urges People In Terai To Take Precautions Against Hazy And Smoggy Weather By Agencies 4 days, 1 hour ago