Certain People Have 'Superhuman' Immunity To Corona. How?

Recent studies have found that one segment in the general population is much more resistant than others to coronavirus infection. Who are they and what causes their resistance? 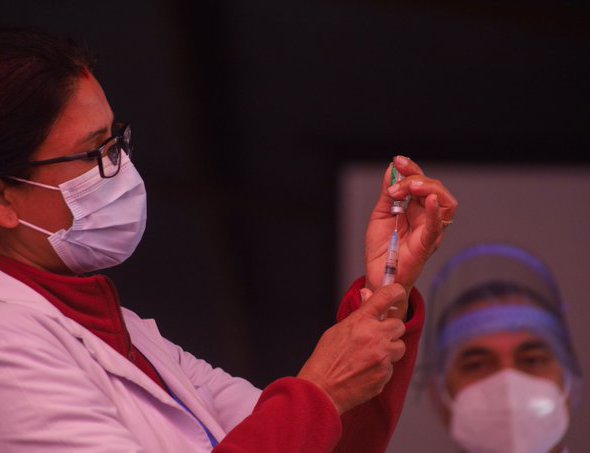 More than a million people in Israel have had a corona and recovered, but many of them have chosen to avoid getting vaccinated with one dose, which is common practice, as they estimate that they have enough antibodies to prevent being reinfected. New research might change their minds.

Several studies have recently shown that at least some of the people infected with SARS-CoV-2 in 2020 who were then vaccinated with mRNA vaccines like Pfizer or Moderna this year, have "superhuman" or "hybrid" immunity, meaning they produce very high levels of antibodies capable of neutralizing different strains of COVID-19 and other viruses.

In one small study from Rockefeller University in New York, with findings which weren’t peer reviewed, antibodies from 14 people vaccinated with one vaccine after already being infected with coronavirus were able to neutralize six strains of coronavirus, including Delta and Aeta, and several other related viruses, including the first virus, SARS-CoV-1, first identified in 2003 and drastically different from SARS-CoV-2, the virus which causes corona. In other words, these "flexible" antibodies may even neutralize other viruses. Antibodies from vaccinated people who haven’t had corona or unvaccinated people who had COVID-19 have meanwhile been "helpless" against some of these viruses or variants.

“It’s reasonable to predict that people with hybrid immunity will be fairly protected from most, and perhaps all, of the SARS-CoV-2 versions we’re likely to see in the foreseeable future," said study editor Paul Bieniasz, a Rockefeller University virologist. He suspected that they will also have some extent of immunity against future SARS-like viruses that at this stage haven’t infected humans.

Another study found that healthy people who had the virus and received one vaccine had six to 100 times more antibodies when compared to people who were vaccinated once or twice, or had previously been infected with corona and weren’t vaccinated.

Another study published in the Telegraph found that up to a third of people with a previous infection don’t produce antibodies at all.

On the positive side, a study supervised by University of Pennsylvania immunologist John Wherry and his colleagues showed that "some of this antibody development occurs in people who have just been vaccinated."