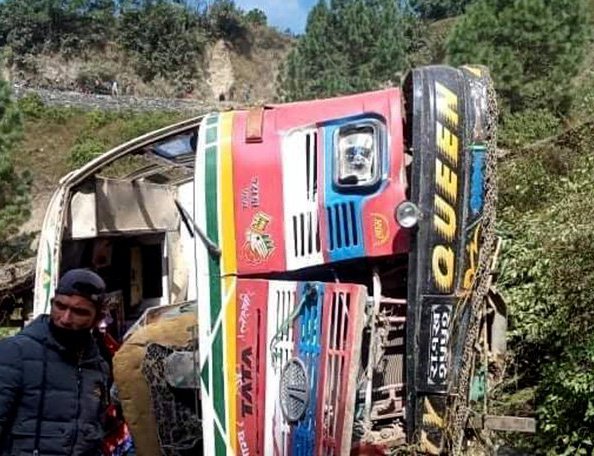 12 people have been killed in a bus accident in Salyan district today.

Deputy Superintendent of Police Govinda Thapa of the District Police Office, Salyan said that the death toll in the accident has reached 12 so far. The deceased have been identified as two men and 10 women.

The bus (Ra 1 Kha 1552) heading to Tulsipur of Dang from Salyan met with an accident at Kharkhola in Kapurkot Rural Municipality-5 at around 12 noon on Sunday.

DSP Thapa said at least 20 people were injured in the accident. He said that seven of the injured have been sent to Nepalgunj for treatment while others are undergoing treatment at various hospitals in Srinagar and Khalanga. Police have a preliminary estimate that the bus met with an accident due to high speed