Mountain Advocacy Summit To Be Held In Nepal In March

Mountain Advocacy Summit To Be Held In Nepal In March 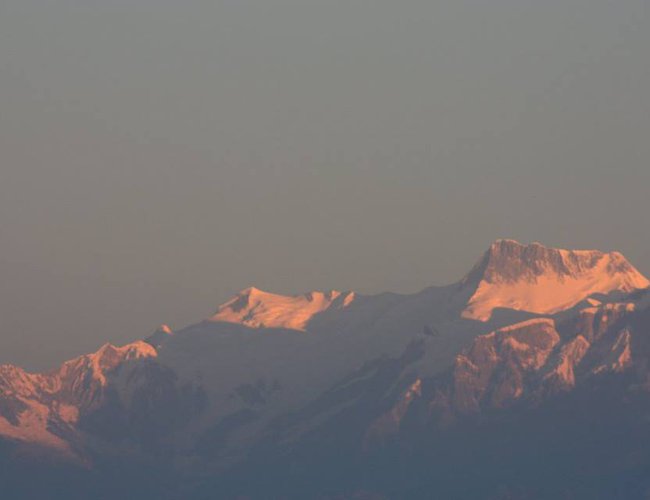 Nepalese Civil Society Initiative (NCSMI) and KIRDARC are going to organize the Mountain Advocacy Summit on “Unlocking Mountain Potentials: Connecting the Dots for Sustainable Planet (MAS2022)”. The summit will be held from March 13 to 14, 2022 in Mustang in collaboration with both state and non-state actors.

This was announced during a Speaking at a press conference organised to mark the IMD. The day marks with the theme of ‘Sustainable Mountain Tourism’ to raise awareness about the importance of mountains for people and the planet.

Speaking at the programme, Min Bahadur Shahi, Secretary-General at the International Forum for Climate Justice and Food Security (FOCUS-International), said that the mountain agenda is a recently raised issue but climate change has a larger impact on the mountain and its livelihoods. The issue of mountains should be raised by the government, civil society, private sectors and local people, he added.

Sustainable tourism in mountains can contribute to creating additional and alternative livelihood options and promoting poverty alleviation, social inclusion, as well as landscape and biodiversity conservation. However, the climate crisis is impacting mountain lives and livelihoods from recent avalanche fell from Tukuche Himal in Mustang to unprecedented rains in rain shadow areas like Manang and Mustang to Melamchi floods and the recent loss of agricultural products to unseasonal rains, experts said.

Nepal is already facing the brunt of climate change. Such unforeseen events are increasing and recurrence has also accelerated. Mountains are the main source of biodiversity, water resources, the origin of civilization and culture. These mountainous areas are at high-risk today due to the climate crisis, said Gobinda Bahadur Shahi, International Vice-Chair of Mountain Partnership Executive Director of Karnali Integrated Rural Development and Research Centre (KIRDARC) Nepal.

The mountainous areas are at high risk due to the climate crisis. Rising temperature has its direct impact on mountainous areas, biodiversity, agriculture, life and livelihoods of not only mountainous regions but also downstream communities. It is important to lobby and advocate by promoting an accountable and responsible governance system for the development and protection of mountainous regions, Shahi informed.

Presenting a paper, Geeta Pandey, ECCA Manager at KIRDARC, said that the summit is going to be organised to enhance accountability and collaboration among stakeholders to unlock the potential for implementation of actions that contribute to implementing the pledge for mountain resilience.

According to the United Nations, mountains are home to 15 per cent of the world´s population and host about half of the world's biodiversity hotspots. They provide fresh water for everyday life to half of humanity. Their conservation is a key factor in sustainable development and is part of Goal 15 of the Sustainable Development Goals (SDGs).

The EU And Nepal Hold Their 14th Joint Commission By NEW SPOTLIGHT ONLINE 12 hours, 21 minutes ago