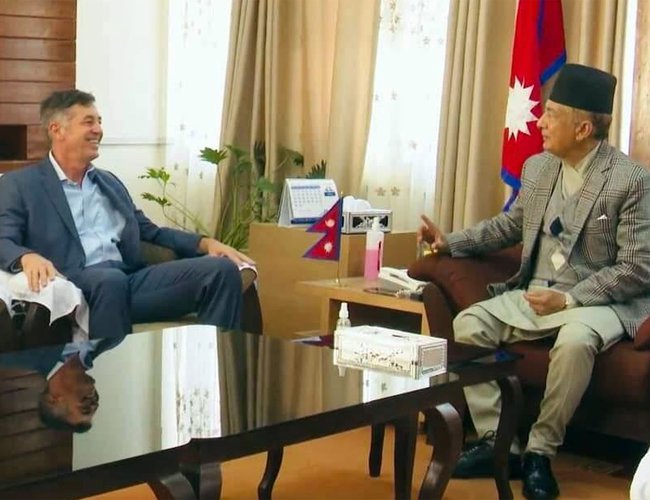 In the meeting held at the Ministry of Communications and Information Technology, the two discussed various issues of mutual interest, according to Minister Karki's Secretariat.

During the meeting, Minister Karki, also the government Spokesperson, extended gratitude to the USA for its long-term support in Nepal's economic development and infrastructure sector and expected continuation of such support in the future, too.

American envoy Berry said that Nepal and the United States have maintained cordial relations since the establishment of friendly relations between the two countries.

He said that the USA prioritized Nepal and had been extending its support in various sectors, said Minister Karki's Secretariat reports RSS.